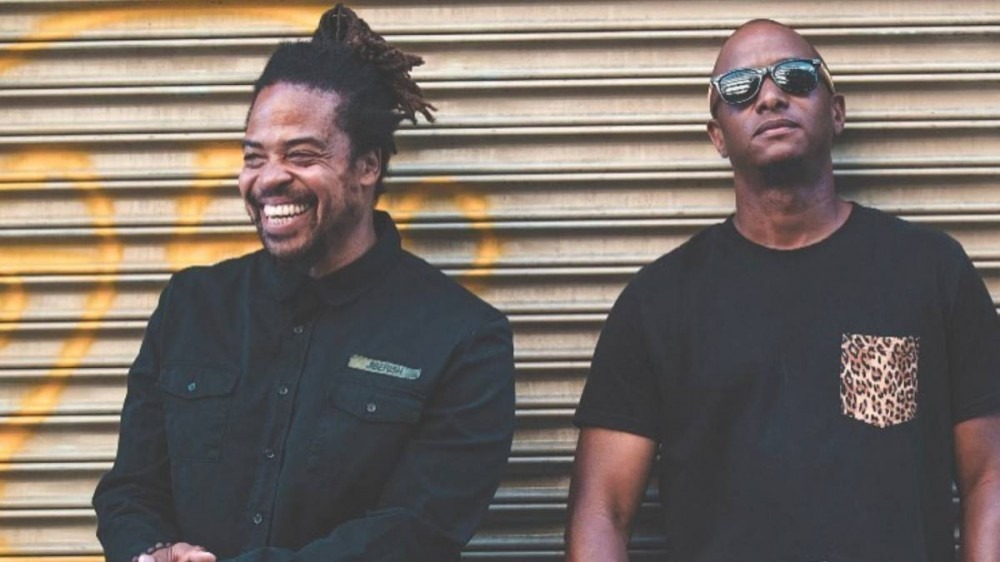 While tributes poured in all over social media, Zion I co-founder Amp Live was understandably quiet as he processed the gravity of the profound loss. But on Saturday (August 14), the longtime producer took his grief to Instagram and admitted he was struggling to properly communicate the immense sorrow he was experiencing.

“I have no way of really letting you know the sadness that I am feeling right now,” he wrote alongside several photos of himself and Zumbi. “I feel like I have lost part of my body. My friend, my brother, Stephen Gaines, also known as Zumbi, Baba Zumbi, MC Zion, leader of Zion I, passed away Friday 8/13/2021.

“We built something special together. Zion I was organic and was real with no barriers. We built this group from ground zero. Built something up that enabled us to travel the world, many times. My heart right now is just shattered. I would not be who I am today without my brother. Steve was an excellent father, out of this world vocalist, and the most sincere, real, loving friend anyone could have. He was something special.”

Zumbi, who was 49 at the time of his death, leaves behind three young sons (ages 10, 6 and 4) who he loved and cared for with every cell of his being. A GoFundMe campaign has been launched in their honor with hopes of setting up scholarship funds for their futures.

“Even with his overabundance of talent, his true passion and purpose was the love and energy he put into his three sons,” the description reads in part. “Zumbi’s children were his beautiful beings of light and his desire to elevate and pour himself into his three kings kept him rooted. His legacy will forever live on and bless his children with the knowledge and understanding of who he was as an artist, a father, a devoted partner, and a man.”

It continues, “In an effort to continue support for the next generation, this fund has been established in Zumbi’s honor to focus the outpouring of love from his extended family, friends and fans into a scholarship fund for his three boys.”

Amp Live also thanked Zion I’s fanbase for the support, adding, “Please send prayers to his family, children, and loved ones. I can not tell you how much I appreciate the outpouring of condolences and love from friends and family that have come in.

“I want you guys to know, I am getting all the texts, DMs, emails, and phone calls.. I really appreciate it and need it. I wanted to write so much more but I can’t right now. You will be greatly missed my brother.”

While the Gaines family’s initial statement said the cause of the death was unknown, sources close to Zumbi noted he’d tested positive for COVID-19 in recent weeks. According to DJ True Justice, he’d been at Alta Bates Hospital when he suffered a catastrophic asthma attack and was unable to recover.

HipHopDX sends our heartfelt condolences to all who loved Zumbi. Donate to the GoFundMe here.