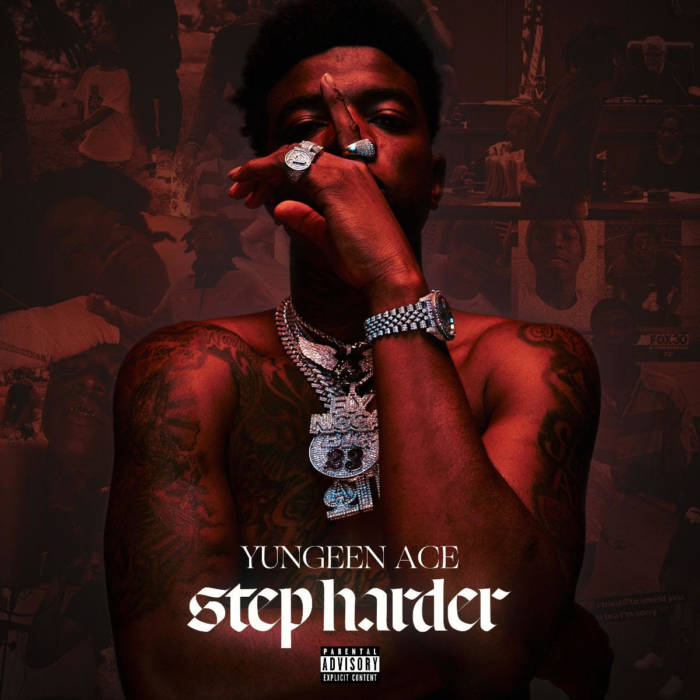 Today, Yungeen Ace shares Step Harder and the video for the title track. It’s a project that reflects on his upbringing in Jacksonville, FL, working hard to make it out of the mud, and finding happiness in the people that have stayed down for him. The project boasts features from Boosie, Lil Durk, Stunna 4 Vegas, Blac Youngsta, and is out now Cinematic Music Group.
As for the video, something you might not know about Yungeen Ace: he’s a huge movie buff. So it’s only right the “Step Harder” video plays like an action movie. It matches the track’s ferocity, casting Ace as a wanted man who has to shoot his way out to survival. Offing his opps like a Jacksonville John Wick, Ace is a tragic hero taking on anyone that dares step to him. Like he says on the track, “You gotta come harder when you steppin.”