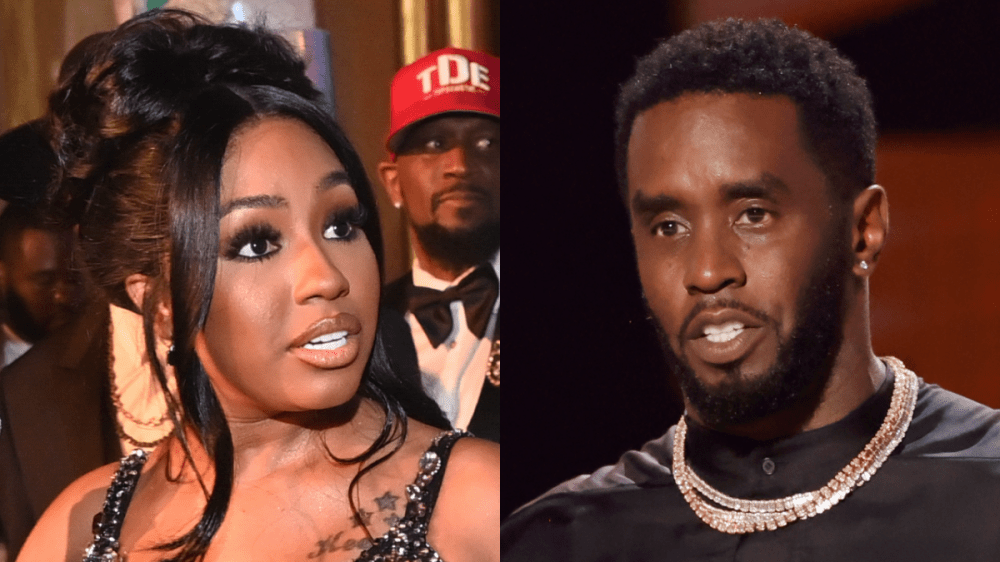 Diddy was honored with this year’s Lifetime Achievement Award at the 2022 BET Awards in Los Angeles, California on Sunday night (June 26). After being introduced by surprise guest Kanye West, who called the Bad Boy boss his “favorite artist,” Puff graced the mic and delivered an expectedly spirited acceptance speech.

The 52-year-old mogul was full of gratitude to those who’ve helped him along the way, from former collaborators (the late Notorious B.I.G., Andre Harrell) and inspirations (Heavy D, Bobby Brown) to his alma mater Howard University and God himself.

Diddy also gave a special shout-out to the women in his life, including his mother Janice Combs, his late ex-wife and mother of three of his children Kim Porter and his former longtime partner Cassie, who he thanked for “holding me down in the dark times.”

Although Diddy made it clear during the speech he wanted to thank “every single person, even if I didn’t say your name,” some viewers couldn’t help but notice he didn’t namedrop his rumored current boo Yung Miami, who cheered Puffy on by holding up a “Go Papi!” sign in the audience.

“That man thanked every woman in his life including CASSIE…. EXCEPT the woman holding up the ‘Go Papi’ sign…,” Love & Hip Hop: Miami star Jessie Woo tweeted.

Making the moment even more awkward, a video circulated online showing Miami’s City Girls parter-in-rhyme, JT, subtly nudging her to sit down and put the sign away.

Yung Miami didn’t seem too bothered by the apparent snub, though. “Girl please!” she wrote in response to Woo’s tweet. In fact, she doubled down on her Diddy support by tweeting, “GO PAPI!” along with a red love heart emoji.

Rumors of a Diddy and Yung Miami romance have been swirling ever since the pair stepped out together holding hands at Quality Control CEO Pierre “Pee” Thomas’ birthday party last June.

While the City Girls star has remained coy about their relationship, it’s clear she’s highly protective of her man, as OnlyFans model Gina Huynh discovered last month after posting a photo of Puff kissing her on the cheek on social media.

“Somebody please give this bitch some attention,” Miami tweeted during a heated back-and-forth with Huynh. “Notice me please bitch go sit down! WE SEE YOU RELAX IT’S ok! You been (AROUND) just (AROUND) for years! You been waiting on this moment if he can’t make you famous bitch I ain’t!”