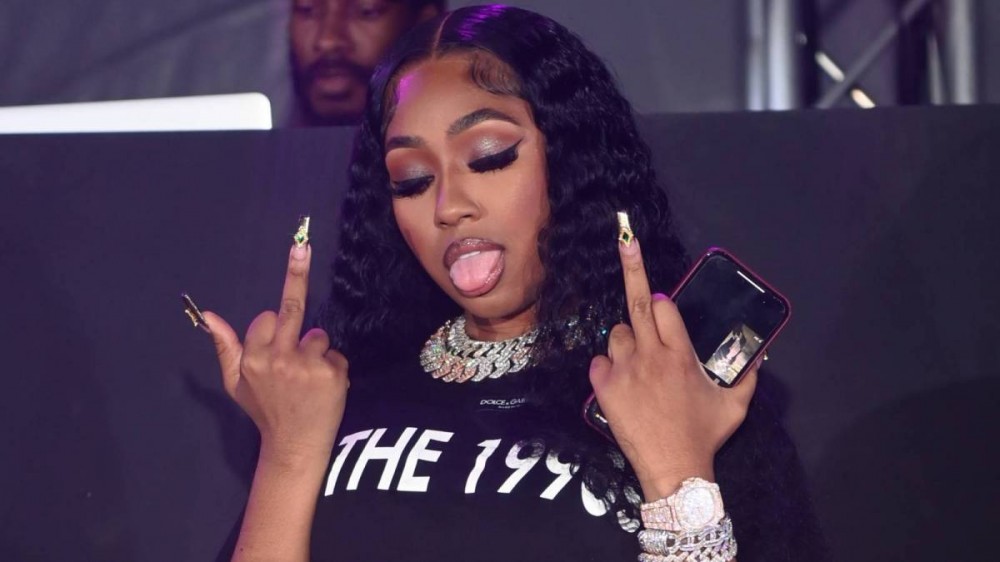 Yung Miami has raised a few eyebrows during a recent interview in which she proclaimed she has aspirations of being the “Black Oprah.”

The City Girls rapper was speaking to XXL about her REVOLT podcast Caresha, Please when she commented: “I want to take it to the next level. I want to be like — I think she has a podcast now — a person like Wendy Williams. I’m dreaming big. I want to go to the highest of the highest. I want to be the Black Oprah.”

Of course, the “Black Oprah” comment drew immediate criticism and was soon a trending Twitter topic. As one person wrote: “Y’all not gonna sit here and discredit Oprah’s blackness and the struggles she faced to be the first black woman on air. Bird brain,” while another said: “That Black Oprah shit is dumb. Cuz what sis meant was Ghetto Oprah. Black is not synonymous with hood and ghetto. Cut the shit.”

Yung Miami addressed the backlash on Tuesday night (September 27), tweeting: “The next ((((BLACK)))) Oprah.” When someone replied: “You can just say Oprah mam lol,” Miami fired back: “I don’t like being basic like y’all hoes! My shit always got a twist to it!”

I don’t like being basic like y’all hoes! My shit always got a twist to it! https://t.co/XB2mgxZDWD

Yung Miami also revealed the origins of the Caresha, Please podcast, which really came about from a conversation with REVOLT owner Diddy, her current flame.

“People just loving to hear me talk, you know?” she said. “Whenever I talk or whenever I go on [Instagram] Live, it go viral. So, one day I was talking with Diddy and he was like, ‘Yeah, [you] should do a podcast. It would be good for you,’ and that’s how it came out. It was just a conversation of me just always going viral off the way I talk and the engagement that I used to get off of Instagram Live.”

Elsewhere in the interview, she opened up about a rough period she endured in August. As she tweeted at the time, she was experiencing “a mental breakdown.”

“I feel like I work a lot, so, I never really get time to go through my emotions,” she explained. “I’m always on plane to plane, city to city, state to state. It was just one of those days where I had just got off an airplane and I had to be back on an airplane the next day. When I got to the airport, I missed my flight.

City Girls released their sophomore album, City On Lock, in 2020. Since then, their star power has only continued to rise. Last October, Yung Miami released her debut solo single, “Rap Freaks” along with a music video. The song peaked at No. 81 on Billboard Hot 100, becoming Miami’s first entry as a solo artist.

Yung Miami’s success, however, isn’t stopping her from getting dragged on Twitter. Check out some of the reactions below:

i dont wanna rain on her parade..but i think theres already a black oprah..but idk, i could be wrong! pic.twitter.com/jHSg88nvoB

She will never be Oprah and it's hella disrespectful to say she will be the first Black Oprah like Oprah ain't Black. https://t.co/jg76WBoqdf

did she forget oprah is black ??? pic.twitter.com/zYijw6orIw

Let’s not rewrite history. Despite her flaws, Oprah — a BLACK Woman — opened the doors for so many other Black women … including Caresha.