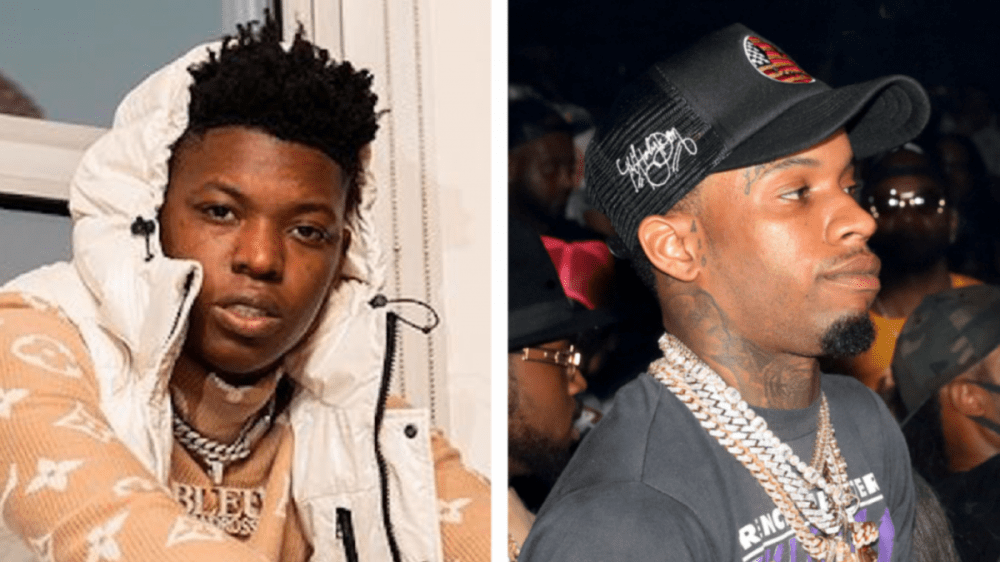 HipHopDX Rising Star Yung Bleu hit the jackpot in October when Drake hopped on a remix of his “You’re Mines Still” single with the help of NBA star DeMarcus Cousins. Just under four months later, Tory Lanez has released his own version of the song, but he didn’t give any credit to the Alabama native on YouTube or his socials channels upon its release on Thursday (February 11).

Bleu took to Instagram to vent his frustration with Tory by calling him out for dropping “Mine Still (Freestyle)” without a single mention and questioned why he’d do so after ignoring his messages in the past.

“Remixes cool but show love !” he wrote in a since-deleted post. “Y’all n-ggas weird ! @torylanez I reached out to u on some let’s work shit. U never responded that’s cool ! Never gone get mad at that ! but u wanna remix my song and dnt even acknowledge a young n-gga tryna come up. U rap n-ggas be on some hoe shit.”

He continued, “Ain’t no more biting my tongue with you n-ggas ! If u liked my song enough to remix it at least @ a n-gga coming up In the same lane. Show love ! N-ggas be acting scary ima come direct ain fenna subtweet shit.”

In a video also deleted, Bleu threatened to get Lanez’s song taken down for not showing any love to him.

“I hope it ain’t take you long to record that song,” he said. “I hope you ain’t spent no lotta money, 12 hours in the studio recording that song, ’cause as soon as you upload that bitch on YouTube, that bitch finna come straight down. So go get ya money back, go get a refund, go get a receipt. You didn’t tag me, you didn’t show love. That shit comin’ down.”

Lanez later responded to Bleu on Twitter by saying he’s been a fan of his music since 2018 and wanted to clear up their issues in private.

“@_YungBleu … crazy thing is … I love your music and your song , that’s why I remixed it,” he said. “your an incredible artist .. and I’ve been listening to yu since ‘Unappreciated’ .. but if you feel some sorta way, we can just talk like men over a phone and not social media .Love bro.”

@_YungBleu … crazy thing is … I love your music and your song , that’s why I remixed it .. your an incredible artist .. and I’ve been listening to yu since “Unappreciated” .. but if you feel some sorta way, we can just talk like men over a phone and not social media .Love bro

The Canadian artist’s remix finds him freestyling about a failed relationship, while going into explicit detail about their sex life.

“Tonguing in that pussy making sure you a grown-up,” he sings. “I’ma spin that pussy like a muthafuckin’ donut/And I’m not gon’ stop fucking until you catch your nut/Until you go nuts, until that clit cream shows up and you say sure ‘nuf.”

Listen to Lanez’s “Mine Still (Freestyle)” below.