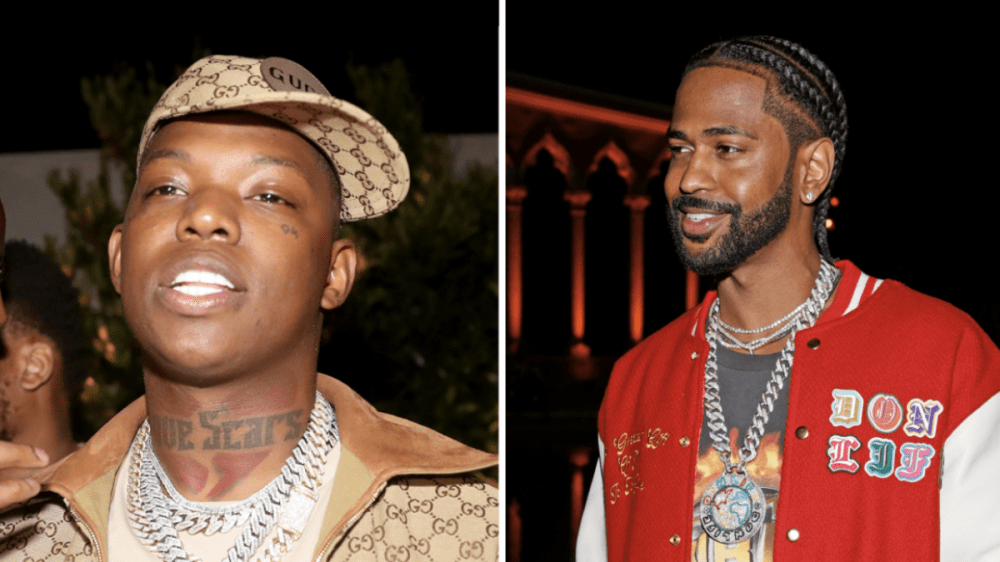 For rappers at the studio, some collaborations are planned out while others happen by pure chance. That was the case when Yung Bleu linked up with Big Sean to connect for “Way More Close.” In a recent interview with the L.A. Leakers, Yung Bleu explained how Big Sean walked into his session by accident, but the pair ended up working together on a record because of it.

“Everybody I worked with on this project was real natural. Big Sean, he made the mistake of walking in the wrong studio session at Westlake. He was like, ‘Oh Bleu, what’s up?’ Let’s get a record in.”

Footage from the studio session surfaced and found Big Sean appreciative of walking into the wrong studio in the first place because it made for an organic moment.

“I’m glad I accidentally walked in this bitch to meet you, bro,” he said. “That was meant to happen.”

The HipHopDX 2021 Rising Star is gearing up for the release of his Moon Boy debut album on July 23. The project boasts 15 tracks in total including previously released singles “Baddest” and the contemplative “Way More Close” featuring an assist from Big Sean.

In support of the album, the Alabama rapper will be hitting the road on the Moon Boy Tour which kicks off in Minneapolis on August 26.

Listen to “Way More Close” below.