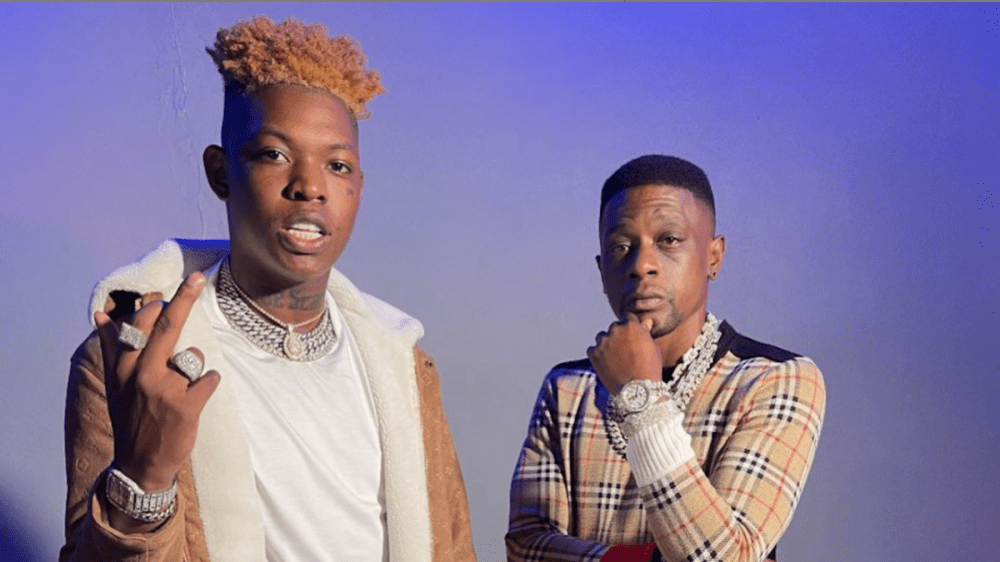 Yung Bleu and Boosie Badazz’ relationship goes deeper than music. On Saturday (February 20), the “You’re Mines Still” artist decided to pay it forward to his mentor, gifting him $100,000 in cash.

In the video, a giddy Boosie is seen smiling and pulling stacks of cash out of a ziplock bag. Meanwhile, Bleu can be heard off-camera touting how CEOs get treated around him.

The HipHopDX Rising Star has remained thankful for Boosie, even after leaving BadAzz Syndicate Music to form his own independent imprint and seeking management from Meek Mill’s Dream Chasers.

In 2020, Bleu broke down his history with Boosie during an interview with HipHopDX, proclaiming the man who was his first head coach would always have a place in his life and career.

“I was going to do that either way whether we had a contract or not because I had albums still left with him and he ain’t have to let me go,” Bleu said. “He ain’t have to let me go free and go sign a deal, you feel me? But he did. So it like, shit. I respect the man and we got a different type of relationship. I’m still BadAzz though. I’m BadAzz for life.”