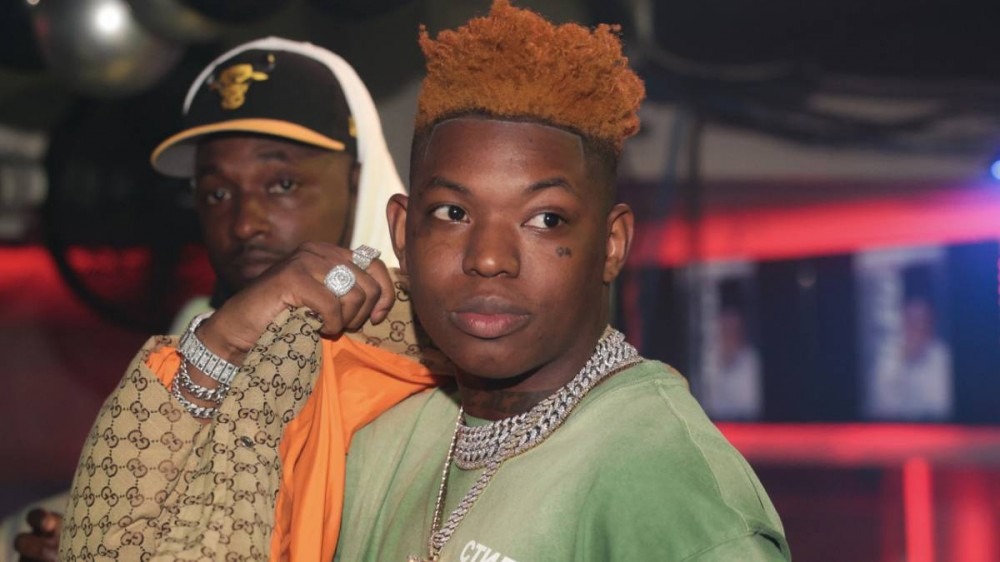 Yung Bleu had a breakout year in 2020 that saw a lot of attention and money come his way. The Alabama native has got to work with big-name artists like Chris Brown and Drake, and he continues to gain more popularity with his fans.

With loads of money at his disposal, Yung Bleu likes to spend his coin on fine clothing, expensive jewelry and investments. However, some people dragged him for being cheap after he bought his sister a new car. Fans were expecting Bleu to get his sister a Mercedes, BMW, or some other type of luxury car, but instead, they ridiculed him for buying her a Chrysler.

Bleu caught wind of all the social media talk and wrote a note explaining why he bought his sister a regular car. According to Bleu, the purchase was to see if his sister could handle a car in the first place.

“SORRY I DNT NO WHATS THE POPPIN REGULAR CAR BRANDS I BEEN DRIVIN FOREIN SHIT THE LAST 5 years,” Bleu wrote to start his note. “CHRYSLERS WAS INSTYLE TO ME BACK WEN I WAS BROKE . My sister ain’t even got a driver license lol . I got her a starter whip to see how she take care of it. Told her make it thru her first 2 years of college ima get a her sum exclusive that SHE EARN.”

Bleu continued, “Why would I buy her a Benz ‘EVEN THO THEY CHEAP TO ME’ but what happen when she cant even afford a oil change. I could have bought her a Bentley if I wanted to. But nah .. I see why a lotta y’all struggling tryna look rich Insteadof actually being wealthy. My firsr car was Pontiac that bitch ran hot every 20 minutes.”

A car with a price tag over $200,000, like the 2021 Bentley Continental GT, is not a gift you can give to anyone. That’s a lot of money, and although rappers like to play with their cash, Bleu is smart with his coin.

During his interview with HipHopDX in October 2020, Yung Bleu spoke about the smart business decisions he makes with his money.

“When I first started getting hot I was spending a lot of money,” Bleu told HipHopDX. “Buying foreign cars, shit like that. Just spending a lot of money on bullshit, jewelry and shit like that. I’m glad I did it so early because I got it all out of my system. Now I can give a fuck about a Lamborghini. When I get these big ass publishing checks, royalties and shit from the deals and shit that I was doing, I’m not chasing nothing. I’m investing back into my career.”

On Friday (June 11), Yung Bleu also dropped “Baddest,” the latest single that includes verses from Chris Brown and 2 Chainz and production from an All-Star cast of Hitmaka, OG Parker, Romano and Mike Woods.