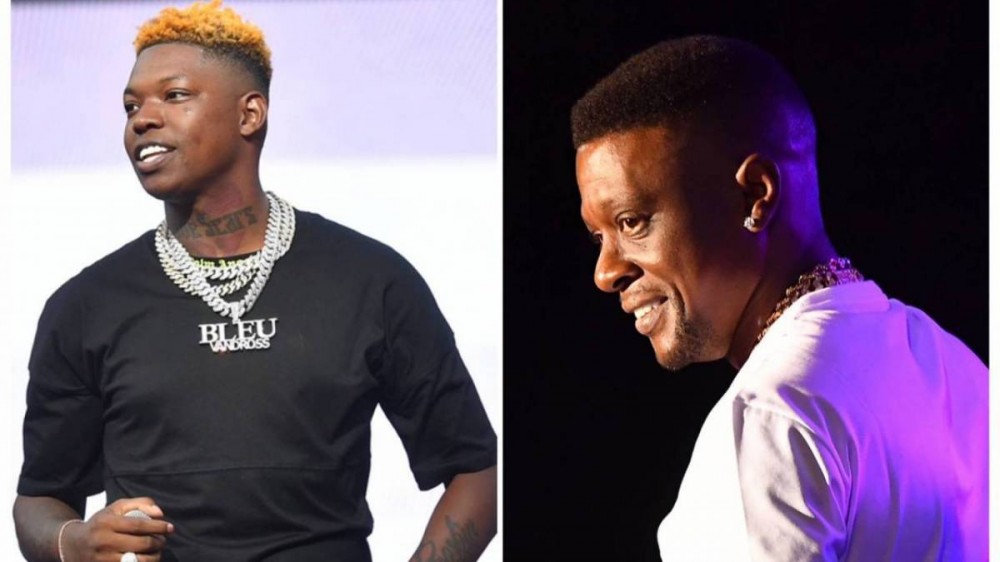 2021 HipHopDX Rising Star Yung Bleu has often credited Boosie Badazz as one of the major figures in his career. Before Bleu blossomed into a platinum-selling artist, he was an up-and-coming figure on Boosie’s Bad Azz Music Syndicate imprint.

In a recent interview with The Undefeated, the “You’re Mines Still” rapper detailed Boosie’s impact on his career and his way of paying it forward by gifting his Baton Rouge mentor $100,000 in cash.

“Boosie supported me from the jump,” Bleu told The Undefeated. “So it was a gesture to express my appreciation for believing in me at a time when no one else did. Our relationship is more than business, it’s family. Boosie is really my big bro and he’s been supportive of all the moves I’ve made to build my career.”

Back in February, Boosie shared a video of him pulling various stacks of cash from a ziplock bag as Bleu yells off-camera how CEOs get properly treated.

“A nigga never gave me over $1,000!” Boosie exclaimed repeatedly.

In 2020, Bleu broke down his history with Boosie during an interview with HipHopDX, proclaiming the man who was his first head coach would always have a place in his life and career.

“I was going to do that either way whether we had a contract or not because I had albums still left with him and he ain’t have to let me go,” Bleu said. “He ain’t have to let me go free and go sign a deal, you feel me? But he did. So it like, shit. I respect the man and we got a different type of relationship. I’m still BadAzz though. I’m BadAzz for life.”