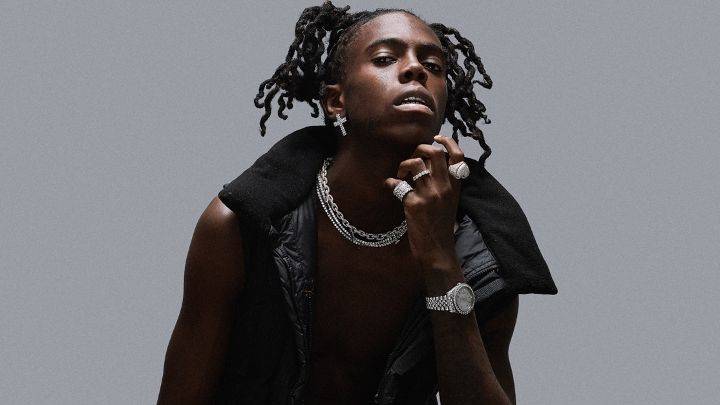 Yung Bans took off on the right foot when he made his debut in the mid-2010s at just 17 years old. He had a sound that fits right in with the new generation of rappers that had popped up at the time. He collaborated on songs with Playboi Carti, XXXTENTACION, Smokepurpp, Lil Skies and more while having his fanbase grow considerably following the release of several self-titled extended plays.

For young rappers like Yung Bans, coming into a cutthroat industry like Hip Hop is like being thrown into a pack of wolves. With little to no knowledge of how the game works, up-and-coming rappers can find themselves in situations that could put a damper on their burgeoning careers. Bans had faced that first hand when he found himself having issues with other rappers.

Between 2018 and 2019, the Atlanta native found himself embedded in a war of words with Russ, Lil Yachty and Akademiks. Back then he was just defending himself as anyone would against someone provoking them. Unfortunately, Bans named was tied to these beefs that did nothing for his career.

Since then, Bans has taken time to reassess everything and focus on building his career without the distractions that hindered him before. He’s 21 years old now and has a clearer outlook on how he wants his career to go now. That’s not something people at that age have all planned out already.

The Atlanta rapper finding his way was strengthened by the quarantine from the COVID-19 pandemic. With nothing really to do, Bans found himself in the studio working on a new project and getting things in order for the next chapter of his career.

HipHopDX spoke more with the MISUNDERSTOOD rapper about growth, his upcoming project, staying off of social media, being a rockstar in Hip Hop, putting an end to his EP series and more.

HipHopDX: What’s quarantine been like for you? how have you been maintaining throughout COVID? How have you been improving your life? What are some things you’ve learned about yourself through COVID and shit like that?

Yung Bans: Man, throughout the quarantine, I’m young, I’m 21. So I just been growing up, dealing with life. I got my son, I got another baby on the way. I just been, you know what I’m saying? I’m trying to get all my stuff in order. Just trying to find out how I want to move. I’ve been growing up. Having a lot of people around me? I’ve been getting over that shit. I want to be alone now. I want to live a more secluded life, and have a comfortable lifestyle.

I just make music. I’ve been recording. I’ve been working on my project and I just haven’t been that active on the internet because I feel like everybody doesn’t have to know what I’m doing all the time. When I drop music, then I want the spotlight to be on me when I drop. When I got something to talk about and I actually want, you know what I’m saying? When I want to say something.

HipHopDX: With you being 21, social media is very important to people in your age group. How do you maneuver around that because you would want to be on it since this is where kids get their news from?

Yung Bans: I really haven’t been on it. I just haven’t been on it. My fans, I feel like my fans are super. I got my own fan base. I’m not really like the type of artist where I’m sharing fans with everybody. I have Yung Bans fans. And I might not have the most fans, but when I drop it, or when I say something when I post, they going to like it. They going to see, and they going to be there. I ain’t really got to maintain it.

People don’t really realize it, like all the new people, all the new fans. Bro, I’ve been in this shit since I was 17. I’m 21 years old. I don’t like fiending for attention. I’m not fiending for the attention. If I feel like making a post, I feel like talking, speaking on something, I speak on it. If I feel like being seen, I’ll be seen. I don’t got to always be in the media face’s trying to stay the main nigga in the spotlight.

HipHopDX: What’s the most important thing you learned about yourself throughout quarantine?

Yung Bans: Oh my God. I realized that being in the house so much, sitting at home, I just got a real big heart. I sometimes let a lot of people around me. I shouldn’t always have that many people around me because you never know people’s true intentions. So I just learned that my heart a little bit too big and I got to distance myself. I love them from a distance.

HipHopDX: What were some of the things that you were doing to elevate your sound with this project you have coming out?

Yung Bans: Basically, to elevate my sound, every time I get in the studio and I get in a booth, I just try and think outside the box. So when I’m making a song, and I get on a beat, and the beat plays, well, it’s like what can I do that nobody else done? I’m not going to take a regular approach that somebody would take on this beat. Let me take a different approach. Let’s still make it be me. Also more melodic type shit. Give them something they never heard before.

Yeah. For the first one after the EP, I’ll probably drop an album because I ain’t dropped nothing this year so I got to keep that all the way hot, keep that blazing. Let them know that I’m about to kick shit into high gear so here’s an EP for y’all. I just want to test the waters with some of these songs to see what they like the most.

HipHopDX: How different will this EP be from the 5-set series you released between 2017 and 2018?

Yung Bans: That honestly wasn’t really an idea of mine. The EPs, the Yung Bans volumes discs, they were successful. They really gave me a wider platform but it was like, I don’t want to do that because it was all old music from SoundCloud. All my diehard fans, they know that, okay, all these songs that he’s dropping are old and these are just from SoundCloud. He put them on streaming platforms and I might have added one or two songs. The singles are what put me on a bigger level.

But those are dead. Some days, I just want to take them down because I didn’t want to drop old music on platforms. Basically my catalog, I don’t want it to be a lot of projects because I’m not dropping real projects. Those weren’t real projects. It’s just old music that’s already been out.

HipHopDX: What’s the inspiration behind the album you have coming out?

The reason I don’t drop a lot of projects is because I got to get the inspiration first. But once I get the inspiration, the name and a title is when I start working on a project. It got to come to me. I don’t just sit down and just make it and name it this so we can drop and get some money.

HipHopDX: What makes you feel like a rockstar in the Hip Hop community?

Yung Bans: It’s how I feel right now at this stage in my life and what I label myself as. I’m not a typical rockstar. It’s me as a rockstar but my version of being a rockstar. Our version, me and my fans’ version. This is what I look like. You know what I’m saying? This is the rockstar that I am.

HipHopDX: There’s been other rappers who have called themselves rockstars. What’s your version of being a rockstar and how does that differ from being a rapper?

Yung Bans: They got to see for themselves. When you pay attention, then you understand. All my real dog friends, they know that Bans is just him. Unapologetically, I’m just me. I’m not trying to be like anybody else. I’m not trying to fit in with anybody. It’s like how they feel an artist should be and how they should move.

HipHopDX: We always hear rappers say there’s a song they have that they don’t necessarily like but the label or team does. Hearing you talk about how you really care about your music, how do you work around situations like that?

Yung Bans: I’m still battling that problem right now. That’s why the project really hasn’t dropped yet because we still trying to make final decisions. I’m still trying to come to a medium with it and with my team and everybody about what they feel. I feel like the only thing I’m missing as an artist right now is that my team wants me to do all these big, big numbers. Those gold, platinum, selling records. They going crazy for those.

But I feel like personally, me, I’m not that kind of artist. When it’s time for my hit to come, it’s going to come. I want it to be a Yung Bans hit. Not an industry hit like we just made this song because we think it’d be a hit. I feel like whenever I make a hit, it’ll just be because my fans chose it and they went crazy for that song and they spread it to the whole world.

HipHopDX: With you being 21 right now, if you can go back in time and talk to your 17-year-old self with all the drama that you went through and seen, what would you tell yourself?

Yung Bans: I would have told myself probably nothing, bro. I’m a beast and I go crazy. I would tell myself probably just save money. Having a big heart like mine I probably gave a lot of shit away. I even did a lot of shit for a lot of people who didn’t deserve it and when shit hit the fan, I realized that I was going out my way for everybody else but they wouldn’t do the same for me. So I would tell myself to save money, stay to yourself and don’t let everybody in because not everybody deserves that love and don’t deserve my blessings that God given me.

HipHopDX: It seems like you’re really working hard to make sure this next era of your career and life is better than the last. What do you plan for yourself in this next era?