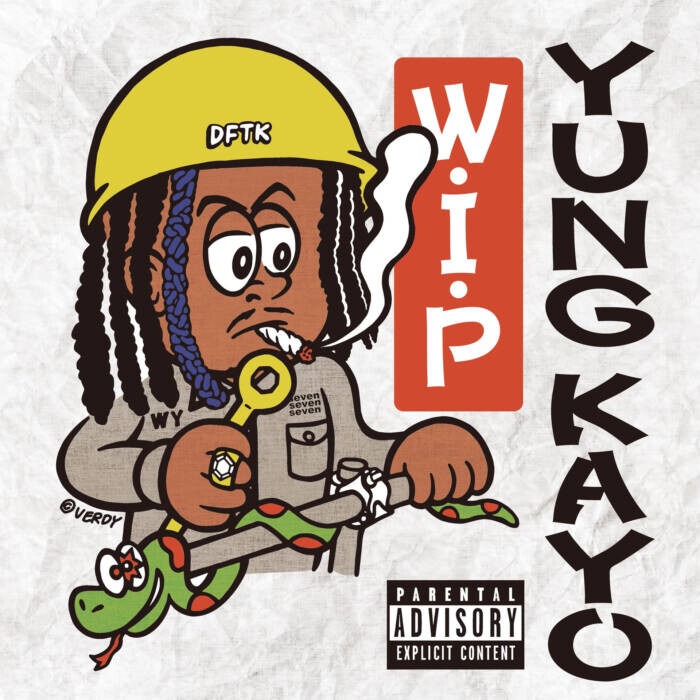 work in progress further proves Kayo’s affinity for fashion, which is prominent throughout his work. Kayo is a multifaceted artist, constantly exploring his niche in rap and fashion, along with his knack for visuals and aesthetics. To marry his passions for music and fashion, the cover art for work in progress was designed by Japanese streetwear designer Verdy. His other recent releases also take inspiration from fashion/streetwear brands; “bstroy socks” (named after streetwear brand bstroy, founded by Kayo’s good friend Duey Catorze who also designed the single cover art) and “not in the mood” (inspired by the brand mood swings, which is co-owned by Kayo’s older brother).
work in progress serves as a follow-up to his appearance on Young Stoner Life Records’ compilation album Slime Language 2, where he can be heard on standout tracks “Proud Of You” alongside Young Thug & Lil Uzi Vert and”GFU” with Yak Gotti & Shek Wes. Yung Kayo is making waves with his up-tempo rap style that melds his fluid flows and undeniable energy. As he gears up for the release of his next project, Kayo is proving that whether fans want to rage in a mosh pit or vibe to a melody he’s capable of doing it all.