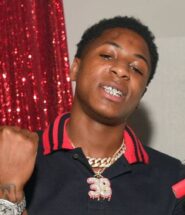 Taking to her Instagram Story on Thursday (February 18), Yaya showed off the bust down Rolex on her baby boy’s wrist, courtesy of grandpa Floyd.

“KJ’s papa got him his first Rolex,” Yaya wrote with a photo of the new timepiece.

The birth of the pair’s child in January made baby No. 7 for YoungBoy, though it doesn’t appear the pair are an item any longer. He was also absent at the baby shower thrown by Yaya’s mother.

It’s been a busy quarantine for the “Make No Sense” rapper, whose fifth child arrived in June and his sixth child (and second with ex Drea Symone) arrived in November. Around the same time as the former, another ex also seemingly laid claim to birthing his child with her cryptic posts of a newborn, but she later clarified she’d suffered a miscarriage and was sharing photos of her brother’s new baby instead as a form of therapy.

Outside of his baby making, YoungBoy is gearing up for the release of his third studio effort Sincerely, Kentrell, due out May 7. It follows September 2020’s Top, which debuted at No. 1 on the Billboard 200 with 126,000 album-equivalent units. Revisit the 20-track effort below.