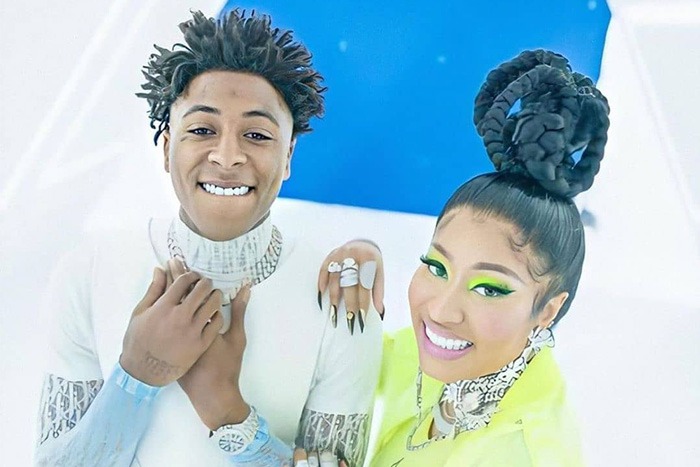 Nicki Minaj has another one on the way.

After collaborating with A$AP Ferg, 6ix9ine, and Doja Cat, the rap queen is teaming up with YoungBoy Never Broke Again on a new collaboration.

YoungBoy took to Instagram to share photos from the video shoot before deleting them. In the images, a pregnant Nicki joins the 20-year-old rapper on the futuristic set while sporting neon yellow shapewear that exposes her pregnant belly.

The song was produced by Mike WiLL Made-It, who also appears in the video. The producer previously previewed the track on Instagram Live.

Snippet of NBA Youngboy’s upcoming colllab with Nicki Minaj (Produced by Mike Will Made It). pic.twitter.com/LF9FGkybzL

In June, YoungBoy hinted that he had a collab with Nicki and tagged Mike WiLL. “@MikeWiLLMadeIt we need a QUEEN approval,” he tweeted.

@MikeWiLLMadeIt we need a QUEEN approval😔

YoungBoy has shown his love for the Queen in the past. In 2018, he paid homage to her on the aptly-titled “Nicki Minaj.”