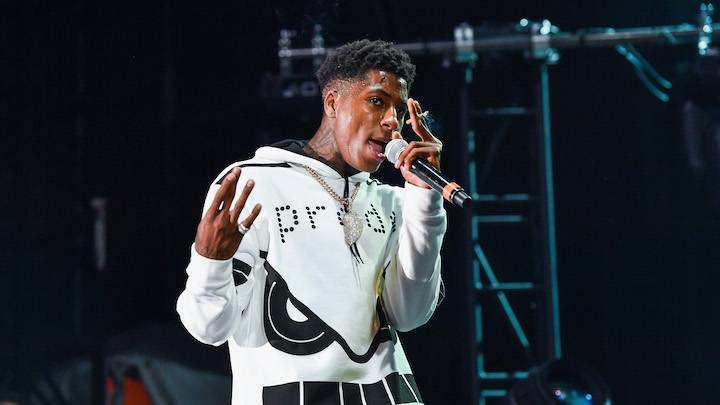 Newly surfaced photos of YoungBoy Never Broke Again behind bars have hit the internet and the 21-year-old rapper doesn’t look entirely miserable as one would expect. In fact, YoungBoy is all smiles in his orange jumpsuit as he poses for the camera.

The snap started making the rounds on Wednesday (April 7) and finds YoungBoy Never Broke again surrounded by four other inmates who appear to be happy they’re getting to take a photo with the multi-platinum artist.

YoungBoy Never Broke Again was taken into FBI custody in Los Angeles on March 26 following a dramatic foot chase. Los Angeles Police Department (LAPD) officers were attempting to pull YoungBoy over on an outstanding federal warrant when he took off. Although he ultimately pulled over, he then tried to flee on foot, forcing the K-9 unit to track him down.

As suspected, the initial warrant stemmed from his September 2020 arrest for weapons and gun charges. The Top mastermind was one of 16 people taken into custody in a Baton Rouge, Louisiana parking lot.

Federal agents claimed he had a .45 pistol and a 9mm handgun when he was busted and pointed out he’s prohibited from possessing guns because he has a previous felony on his record for aggravated assault. In addition, the 9mm wasn’t registered in his name and the weapons were seized immediately. Consequently, he’s been charged with one count of illegal possession of firearms by a felon and possession of an unregistered weapon.

But the Baton Rouge Police Department responsible for YoungBoy’s arrest is reportedly at the center of a massive corruption scandal.

According to WAFB9, District Attorney Hillar Moore’s office is dropping 640 drug cases tied directly to “potential corruption” within the BRPD’s narcotics division. Cases dropped range from possession to weapons charges dating back as far as 2015. Of the 640 cases, all were handled by officers Jeremiah Ardoin and Jason Acree who were both charged after a departmental investigation appeared to expose corruption within the agency.

Despite the unfavorable spotlight on the department, YoungBoy was still denied $540,000 bond  on April 1. The United States Attorney for the Middle District of Louisiana deemed YoungBoy to be a “danger to the community.”

“He is charged with possessing a gun as a convicted felon, and he possessed another gun as he fled from law enforcement at the time of his arrest,” the court filing reads. “When his gun possession is combined with his violent crime, attempts to flee from law enforcement, which included a high speed chase in and around a neighborhood that included a middle school, and his pervasive marijuana use Gaulden clearly and convincingly presents a danger to the community.”