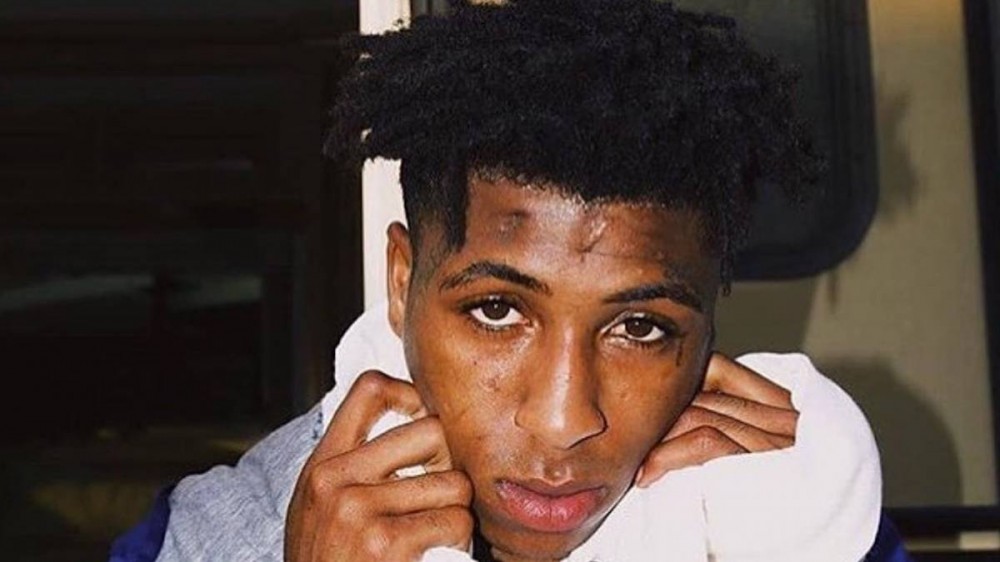 The ‘Gram – It was a matter of days until another Hip Hop celebrity would be linked to their own vanity currency upon the trending “Usher bucks” counterfeit cash jokes.

Youngboy Never Broke Again now has his own face-stamped money called “Top Bucks” made by one of his fans which was posted on an Instagram story Thursday (April 15).

The “Kacey Talk” lyricist’s currency name refers to his second studio album Top. The LP embodied its title when it debuted at No. 1 on the Billboard 200 chart upon its release in October 2020.

The photo on Instagram is a split shot of Youngboy NBA’s recent police mugshot next to a $100-dollar denomination emblazoned with the same photo.

The “Usher bucks” gag began when famous dancer Gizelle Marie posted a photo of the fake cash on Instagram on April 12 to accuse the Grammy award-winning R&B singer of throwing it at strippers in Las Vegas strip club Sapphire.

Youngboy is unable to make his own currency, however because he’s currently in jail after being taken into custody in St. Martin Parish, Louisiana.

According to WAFB-9, the Baton Rouge-bred rapper has no charges but he had an outstanding warrant. Youngboy is being held by the US Marshals Service after being detained on March 22 wheh local police attempted to pull over a vehicle he was traveling in. He then tried to flee on foot until a K-9 unit tracked him down.

Youngboy NBA’s third studio album Sincerely, Kentrell is slated to be released on May 7.