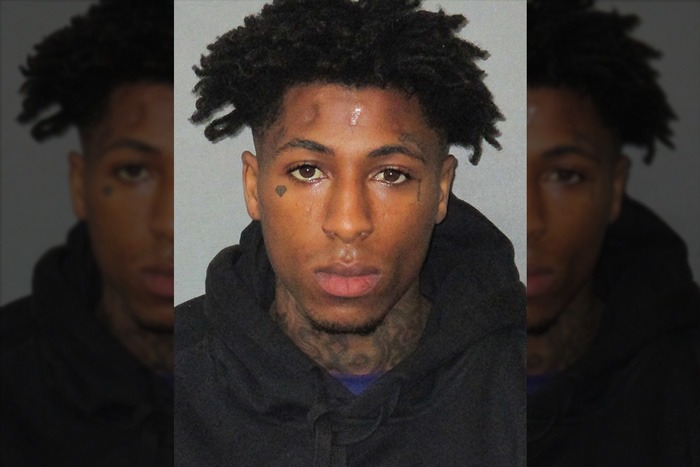 YoungBoy Never Broke Again was busted in his hometown of Baton Rouge, Louisiana this week.

The 20-year-old rapper, born Kentrell Gaulden, was arrested and booked Monday night by the East Baton Rouge Parish Sheriff’s Office on drug and firearm charges. According to WAFB, he was one of 16 people arrested on a number of drug, felony possession, and stolen firearms charges. All are facing similar variations of the same charges.

It’s unclear what drugs he allegedly had or what let to his arrest. A video, obtained by TMZ, claims to show a run-in with cops during a raid of some sort on set of his music video. YoungBoy was reportedly one of several people taken away in handcuffs.

If any or all of the charges stick, YoungBoy could be facing several years in prison. Last year, he was released from jail following a Miami shooting while still on probation for another case.

NBA YoungBoy is fresh off the release of his album Top, which debuted atop the Billboard 200, his third No. 1 album in less than a year.