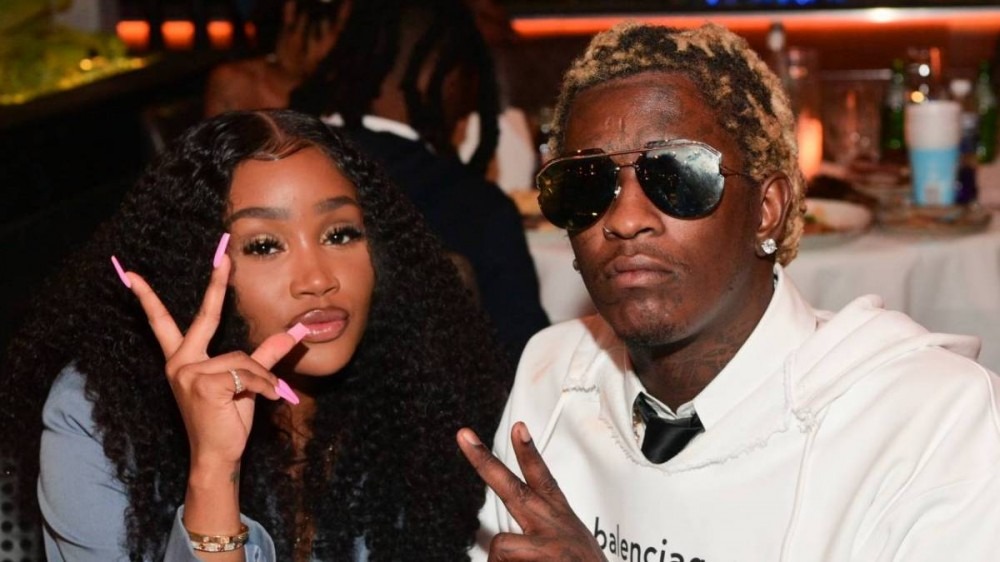 While Young Thug remains behind bars at Cobb County Jail, for the time being, he’s still been allowed limited contact with the outside world during his fight for freedom in his RICO case.

At least one of his jailhouse phone calls has been to his ex-fiancee Jerrika Karlae, who provided a positive update on Thugger’s mental well-being during Monday’s (June 6) guest appearance on The Progress Report Podcast.

“Yeah, I spoke to him,” she said. “He’s doing good, actually, and he’s in great spirits. I feel like this is just a moment for him to learn a lot of lessons.”

She went on to say Thug was more optimistic about his situation than her and relayed a message showing love to his fans.

“Honestly, he was giving me advice,” Karlae continued. “He was like, ‘Keep your head in the game, wake up every day and put a smile on your face and be thankful, and we good.’ I love my fans and stuff like that.”

Jerrika also spoke about how Thugger has been leaning into his faith.

“I see the growth,” she stated. “I feel like I really see his faith. I really really do. That’s what a lot of people don’t know, bro that man really knows the Bible inside and out. Nobody would know that about him because they don’t talk about that. They talk about everything else.”

Thug and Karlae’s relationship goes back nearly a decade and the former couple were once engaged but have remained close friends with “an unbreakable bond.”

The YSL rapper was denied bond once again at a June 2 hearing, which means it’s likely he remain in custody until his January 2023 trial.

Watch the entire interview below with Thug talk starting around the 42:30 mark.