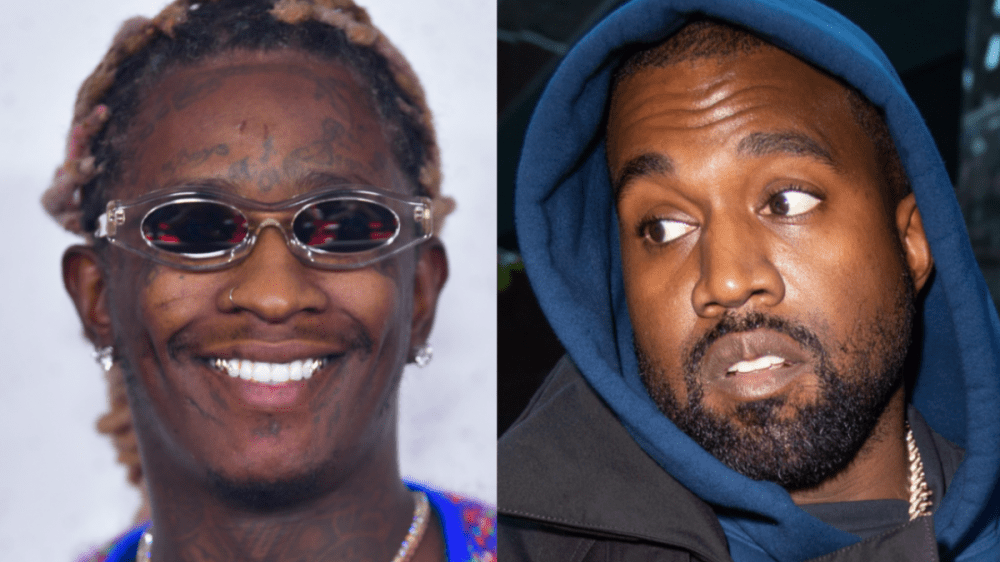 Young Thug gave Kanye West an ultimatum when it came to Donda. Either he was featured on the album, or they wouldn’t talk to each other again. As it turned out, the warning paid off with an appearance on “Remote Control.”

Speaking to Complex ahead of his Punk LP, Young Thug talked about his interaction with Kanye West and how the G.O.O.D. Music boss could survive in any situation.

“I feel like n-ggas like Kanye West, and JAY-Z, and fucking Quincy Jones, and James Brown, and if Michael Jackson and Prince were here… Them n-ggas understand that about me. They trust me.”

During the interview, Young Thug also touched on the making of “Way 2 Sexy,” his recent Hot 100 chart-topper with Drake and Future from Certified Lover Boy.

“​​I think I was fresh as hell, and that n-gga Pluto was like, ‘Man, you on some sexy shit today. You coming in with your lotion on…’” he recalled. “Then we just started making music. He always tells me everything to do throughout a song. And it’s the same with me, I tell him everything, too.”

He continued, “‘2 Sexy’ is one of those songs that I coached. Him and Drake feel the same way, like, ‘Damn, without Thug on this, there is no possible way this song could have even came to be.’ Without Future, we couldn’t have this moment to even create this sound, and I wouldn’t have even noticed that what I was doing was too sexy that day. And without Drake, the song probably wouldn’t have gravitated to being No. 1.”

Revisit “Remote Control” below and look for Punk to arrive on Friday (October 15).