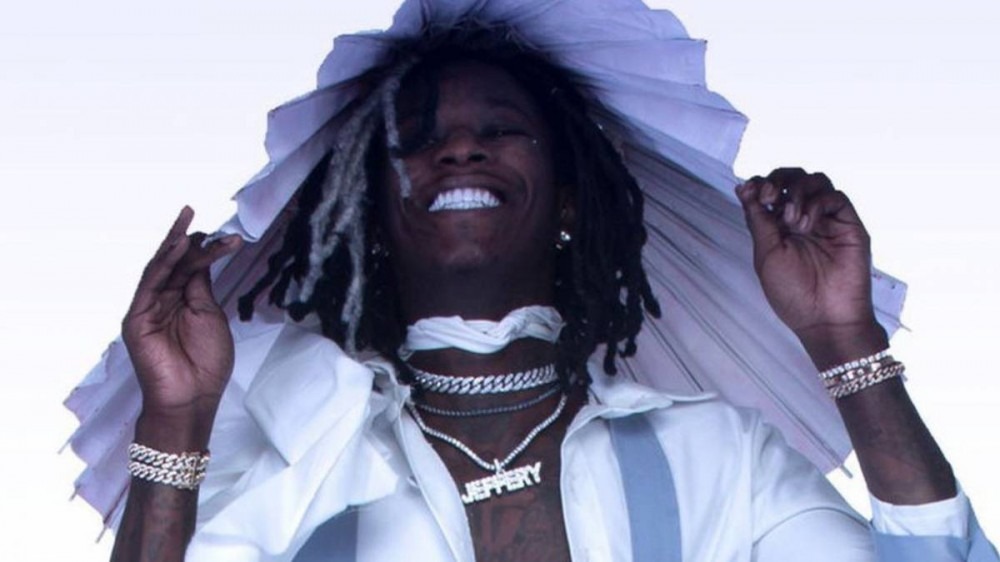 Young Thug caught flack for his 2016 mixtape Jeffery, whose cover shows him wearing an enormous frilly dress designed by Alessandro Trincone, but the Atlanta rapper has got the last laugh.

According to Chart Data, the project surpassed one billion Spotify streams on Monday (July 4), becoming his first full-length effort to reach the milestone.

Thugga has notched a billion spins on the platform just once before with his chart-topping “Havana” collaboration with Camila Cabello, which came out in 2017.

Released on August 26, 2016, Jeffery spawned the hit singles “Pick Up the Phone” featuring Travis Scott and Quavo, “Wyclef Jean” and the Offset, Quavo and Young Scooter-assisted “Guwop,” in addition to collaborations with Gucci Mane, Gunna and Wyclef Jean himself.

However, its all-star supporting cast was overshadowed by the androgynous cover art. Some mocked it with memes and jokes, while others applauded it. Erykah Badu even compared Young Thug’s daring fashion sense to that of her ex-boyfriend and Outkast legend André 3000.

In a 2016 interview with The FADER, photographer Garfield Lamond (who shot the cover) revealed the YSL rapper picked out the garment himself.

“He saw the piece in New York, and said immediately, ‘I want that for the cover,’” he explained. “Like, there was no thought about it. He just saw it and knew he wanted it … When we got on set, it definitely took like an hour and a half to put it on.

He added, “He knew it would be crazy. When I showed him the first set of photos, he was like, ‘OK. This is it. This is what we needed from the beginning.’”

Young Thug later addressed the cover on his 2019 So Much Fun opener “Just How It Is,” rapping, “Had to wear the dress ’cause I had a stick.”

Despite the chatter surrounding its artwork, Jeffery proved to be a hit. The mixtape debuted in the top 10 on the Billboard 200 while receiving largely positive reviews from critics, including a 3.9 out of 5 score from HipHopDX.

The project was originally titled No, My Name is Jeffery and was intended as Thug’s first release under his real name, although he later U-turned on those plans. “I don’t want my kids to grow up and call me Thug,” he said at the time. “I don’t want anybody to look at me like that.”

Jeffery‘s Spotify milestone is a small consolation for Young Thug, who remains behind bars after being arrested in May as part of the sweeping, 56-count RICO indictment against his Young Slime Life collective.

The 30-year-old, who faces two RICO charges and seven additional felonies, was denied bond in June after being declared a “flight risk” and “danger to the community” by a Fulton County judge. His trial is set for January 2023.