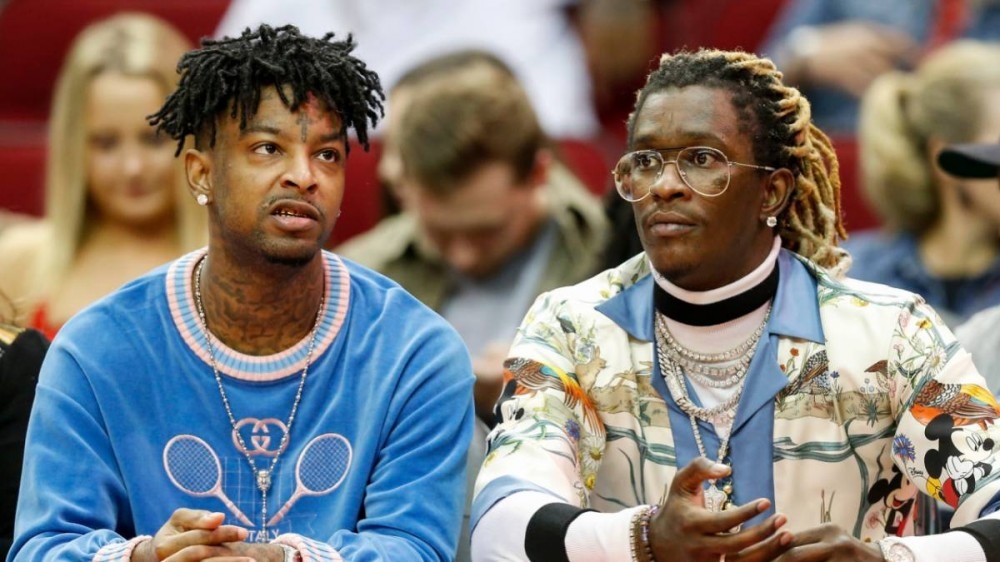 Atlanta, GA – As Young Thug gears up to usher in the Punk era, it’s only right that he’s added more ink to his already-impressive display of tattoos. What’s more, this latest design is a tribute to a fellow rapper with rockstar tendencies.

On Wednesday (August 4), Young Thug took to Instagram to show off his latest tattoo: a knife design with the words “Slaughter Gang” running along the bottom, an ode to close friend and collaborator 21 Savage’s label and crew. The knife, of course, is a nod to 21’s trademark forehead tat.

The gesture certainly seemed to be appreciated by 21, who reposted the tattoo to his Instagram story with the caption “4L,” meaning “for life.”

Thugga’s Slaughter Gang tattoo, which appears to be inked near his elbow, was the work of artist Dee Cosey, who reposted the tattoo on his Instagram page for all to inspect.

Young Thug and 21 Savage have made no secret of their bromance, having linked up on wax several times, including on “Now,” “Whole Lot,” “I’m Scared,” “Rich N-gga Shit” and most recently “Emergency.”

Young Thug is currently readying the release of his new rock-influenced album Punk, which he previewed during a recent NPR Tiny Desk (Home) Concert with help from Blink-182 drummer Travis Barker.

21 Savage, meanwhile, revealed in an interview with Apple Music’s Ebro in May that he’s working on a new project, although details remain scarce. “I like quality work,” he said. “So however long that takes, it’ll take. But I’m dropping something, for sure.”