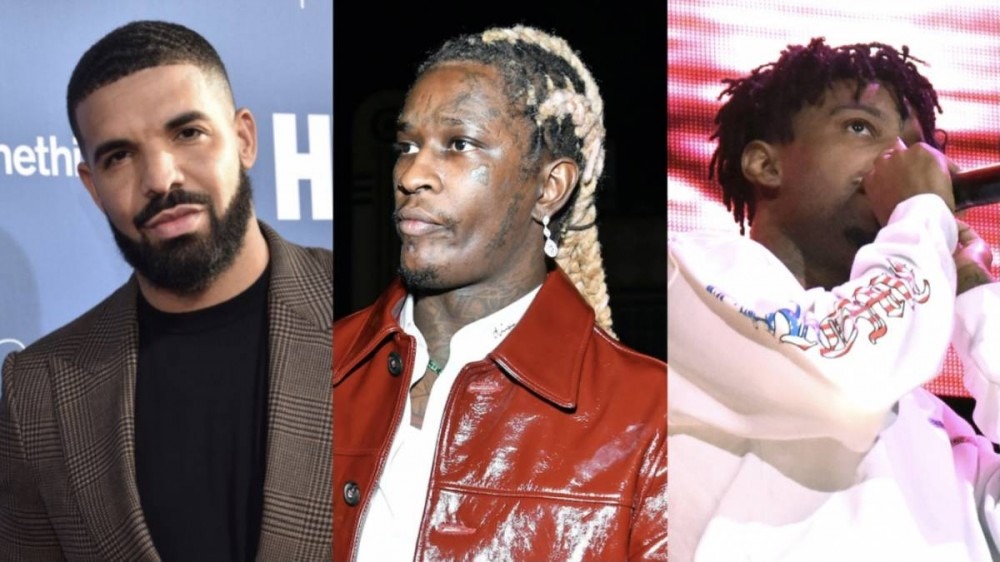 Young Thug is known for giving the best gifts to his friends for their birthdays, and he’s continuing his run. Drake and 21 Savage both celebrated birthdays over the weekend, and Thugga wasn’t going to be shy with his money.

For 21 Savage, who turned 29 years old last Friday (October 22), the Punk rapper gifted him a custom Ram 1500 TRX at his Freaknik-inspired birthday party in Atlanta. The truck is decorated in a red gloss finish with 21 Savage’s knife logo stamped all over.

Inside, Thug had 21 Savage’s face stitched into the headrests and LED lights installed that formed into his name at the center.

Drake, on the other hand, was blessed with a diamond-encrusted chain made by the famed jeweler Elliot Eliantte. The iced-out piece boasts the OVO owl drenched in yellow and white diamonds, with a picture of Drake and his four-year-old son Adonis on the back of the pendant.

Young Thug may well have claimed the title of best gift-giver in Hip Hop after what he had in store for 21 Savage and Drake. In August, Thug gave Gunna a $200,000 pink Continental GT Convertible Bentley for his 30th birthday.

As if that wasn’t enough, when Gunna was in the hospital battling pneumonia in July, Young Thug headed over to his bedside with several Audemars Piguet and Cartier watches.

Despite buying Drake a new chain, he denied the birthday boy from claiming another week atop the Billboard 200 over the weekend. After a tight sales race, Thug’s Punk album dethroned Certified Lover Boy to take the No. 1 spot on the chart.