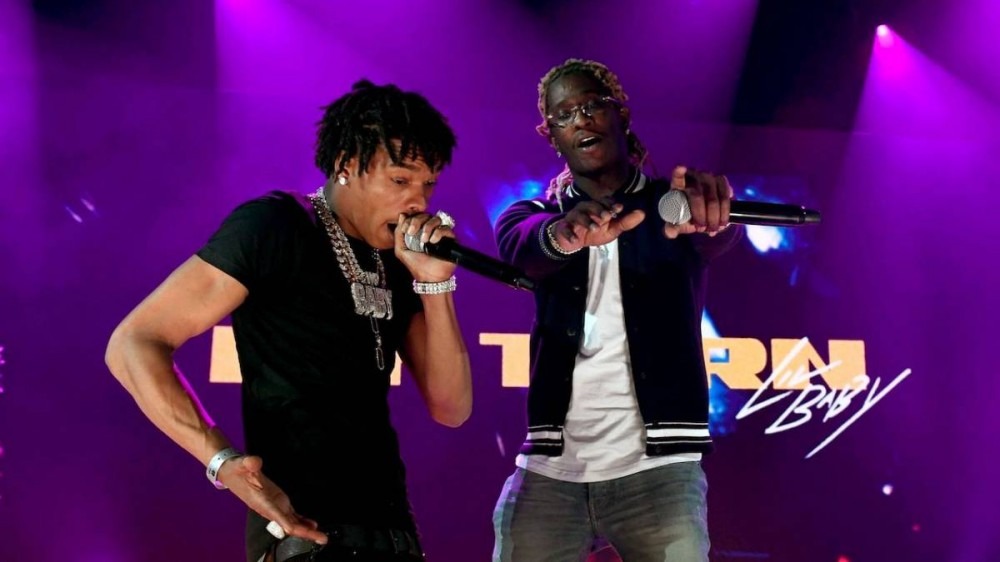 Young Thug and Lil Baby have the kind of relationship where it can go from mentor and mentee to two friends cracking jokes on one another. With summer fast approaching, Young Thug didn’t hesitate to get a couple jokes off of Lil Baby’s latest fit.

The My Turn star shared a brand new photo on Instagram Friday (April 30) highlighting his expansive wealth and giving fans a general idea of where his mental space is these days.

“You Kno He Getting Money When He Pop Out With Some Short Shorts,” Lil Baby wrote.

Not long after the post went up, Thugger came firing with his own joke, ignoring the shorts and focusing on Lil Baby’s rather unusual-looking right kneecap.

“Sell me that demon comin out yo knee cap,” Young Thug commented.

Lil Baby has seen his fair share of success and accolades in recent years. In 2020, he was crowned HipHopDX Rapper of the Year after his My Turn album went double platinum, he released the Grammy-nominated single “The Bigger Picture” and elevated himself to become one of the more in-demand guest artists available.

In Thugger’s case, the Slime Language 2 rapper has taken control of the Billboard 200 chart and the imaginations of his peers in Hip Hop. In April, he launched the “Skii Challenge” with the help of the likes of Future, Diddy and more.