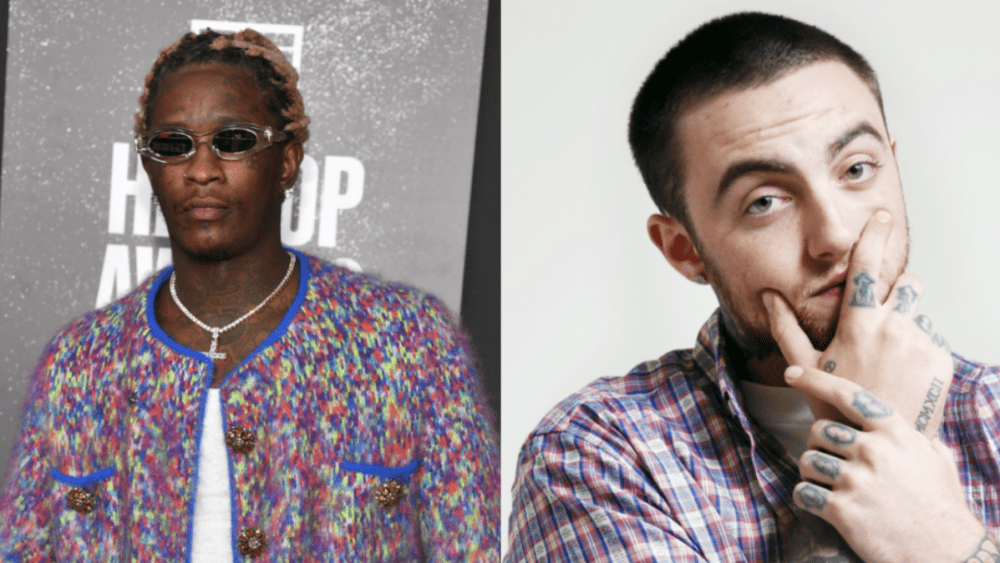 Young Thug released his star-studded Punk album on Friday (October 15) and one of the more eye-grabbing collaborations was album closer “Day Before” with the late Mac Miller. During an interview with The Breakfast Club, Thugger revealed that he eerily recorded the song alongside Mac at his studio the day before the Pittsburgh native died in September of 2018.

“I was with Mac the day before he died,” Thug admitted. “He was at my studio and we did the song on my album. This shit is so crazy but coincidental. He came to the studio and did the song with me and the next day he died. And the name of the song is ‘Day Before.’ But the song is about like women … It was like flamboyant.

“I think deep on that because is that a sign? At some point, you’re wondering why? Have you ever just wished God could really talk to you?”

“Day Before” serves as the outro on Punk. The soothing track is produced by Verzache and leaked in 2019 with another verse from Trippie Redd. It also marks the first official collaboration between Young Thug and Mac Miller.

Mac passed away from an accidental drug overdose on September 7, 2018, meaning Thug and Mac connected in the studio on September 6.

According to Akademiks, the 20-track Punk is on pace to sell 95,000 total album-equivalent units which would fall short of So Much Fun‘s first week sales.

Watch the rest of the hour-long interview where Young Thug squashes his beef with Charlamagne Tha God. For Mac Miller talk, fast-forward to around the 46-minute mark.