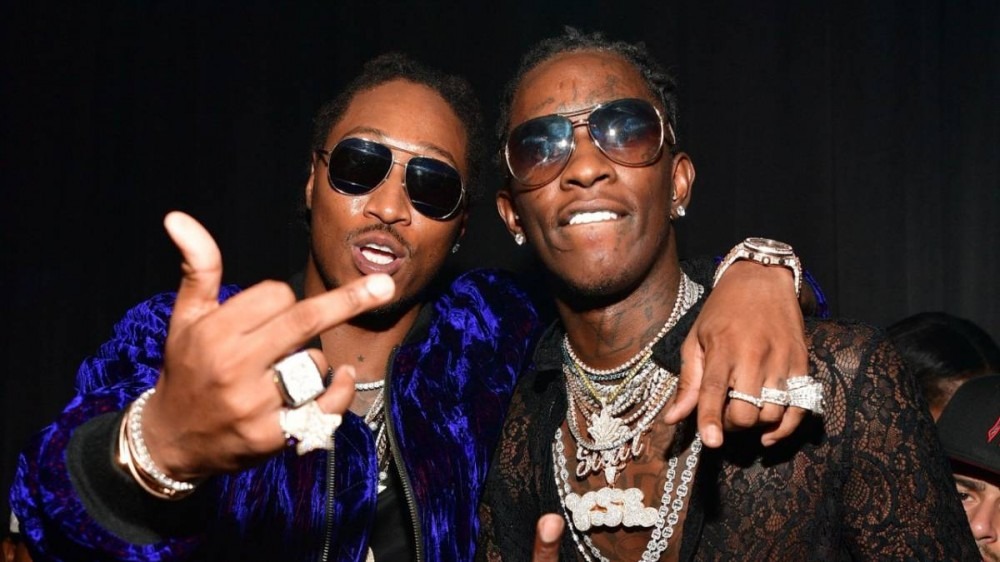 Atlanta, GA – There’s no denying Atlanta’s place at the top of Hip Hop’s regional power rankings. The culture may have been born in New York City in the 1970s, but since the turn of the millennium, it has found a vibrant adopted home in Atlanta — and there’s no sign of it being uprooted.

From Kilo Ali and Arrested Development to Outkast and Goodie Mob; Jermaine Dupri and Lil Jon to Ludacris, T.I., Jeezy and Gucci Mane; Future, 2 Chainz and Waka Flocka Flame to Young Thug, Migos, 21 Savage and Lil Baby, the ATL has pumped out seemingly endless generations of artists and producers who have remoulded rap music in their own image.

If you ask Young Thug, who appeared at the 2021 REVOLT Summit in his hometown over the weekend, Atlanta’s dominance is only set to continue for another decade.

“We gon’ keep going higher and higher. I don’t see no other city gaining the number one spot again. We got it.”

Young Thug says Atlanta will run rap for the next 5-10 years at the Revolt Summit live on Revolt TV 👀 thoughts ?? pic.twitter.com/ePvtmbp030

How has Atlanta has been able to displace New York as the modern-day Hip Hop mecca exactly? According to Thugga, it’s thanks to the city’s sense of community, collaboration and uninhibited creativity.

“The Southern hospitality, man. It’s Black, it’s just Black as fuck,” he explained. “The youth kinda own everything, the newer generation run everything. Everybody got hearts, everybody love each other — well, for the most part. It ain’t that many haters.”

Gunna, who was sat next to Thug on the REVOLT Summit stage, concurred. “Definitely more real ones than haters in Atlanta, believe it,” he added.

Even non-Atlanta rappers recognize the greatness of the city’s Hip Hop heritage. Last year, Long Beach, California native Vince Staples hailed Atlanta as the home of Hip Hop’s greatest ever rappers while chiming in on the chatter surrounding a potential Verzuz battle between T.I. and 50 Cent.

“Atlanta got the best rappers ever and it’s not even close,” he argued on Twitter. “It’s ten billion rappers from Atlanta and they all got a classic song and unique outfits. They probably got more outfits than they got songs.”

Atlanta got the best rappers ever and it’s not even close.

He continued, “Young Dro got more wordplay than a lot of n-ggas from everywhere and he not even brought up as a top Atlanta rapper. If we doing states California up there but as a city Atlanta got way too many n-ggas and way too much innovation. Atlanta got Big Gip !!!”

Watch Young Thug’s full conversation at the 2021 REVOLT Summit below.