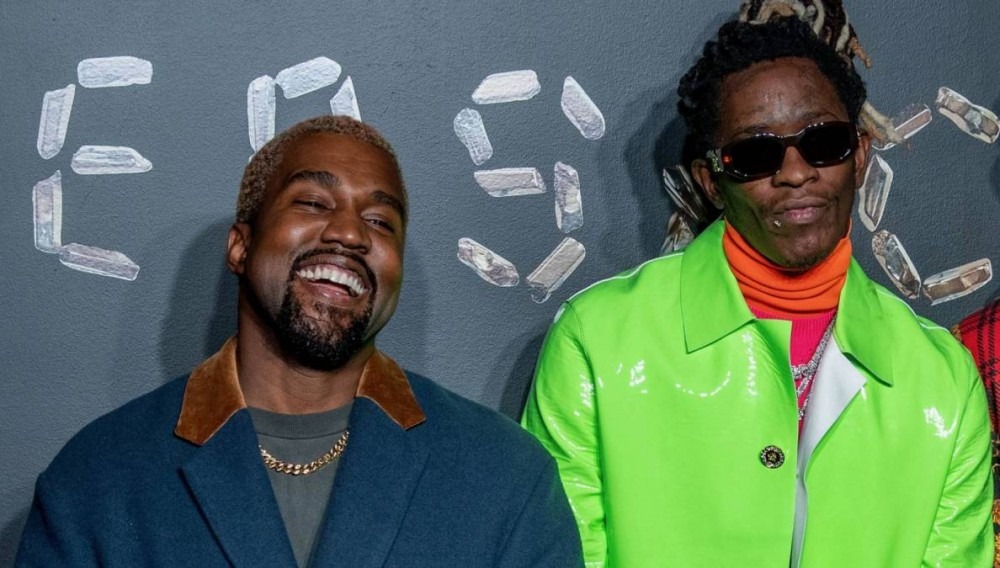 Ye shared his brick and mortar ambitions on Wednesday (August 31), posting a message on Instagram outlining his plans to set up shop in the Georgia capital before expanding internationally.

“We are going to open a Yeezy stores world wide Starting in Atlanta,” he wrote in an iPhone Note. “Who would be best to open it? I’ll buy the land and or building Then we gonna up in every state and then internationally.

Offering help from the confines of his prison cell, Young Thug took to his Instagram Stories on Thursday (September 1) to let Kanye know he has a considerable amount of land in Atlanta that he would be happy to donate to the development of the prospective Yeezy store.

“@kanyewest I got over 100 acres,” Thugger wrote. “However many you need they’re yours free of charge. On GOD.”

Kanye West’s plans for new Yeezy stores come after he accused adidas and Gap — long-term partners of his Yeezy brand — of failing to fulfill their promise of opening physical stores for their respective collaborations, despite the lucrative success he’s brought them.

“I signed with both adidas and Gap because it contractually stated they would build permanent stores which neither company has done even though I saved both of those companies at the same time,” he added. “Ima show you how to use social media.”

The billionaire rapper/fashion mogul’s Instagram post was accompanied by a screenshot of him on a FaceTime call with Atlanta’s own 2 Chainz, who apparently hooked his “Birthday Song” collaborator up with the phone number of the city’s mayor, Andre Dickens.

“2 Chainz said he got the mayor(‘s) number,” Ye wrote in the caption. “I added the s cause my mama was head of the English department But this may take some incorrect English to get done.”

Meanwhile, Young Thug remains inside Cobb County Jail in Georgia waiting on his YSL RICO case to go to trial.

He was recently denied bond for the third time. According to Alive11, Thugger was denied bond at a motion hearing on August 18, where the YSL head honcho waived concerns about possible “conflicts of interest” for his attorney, Brian Steel, in order to keep him on the case.

Thug (real name Jeffery Williams) and his legal team argued that the prosecution misrepresented lyrics attributed to him which he claims he didn’t even write in previous bond hearings.

Young Thug and his team have vehemently denied any wrongdoing and maintain his innocence of any crimes.