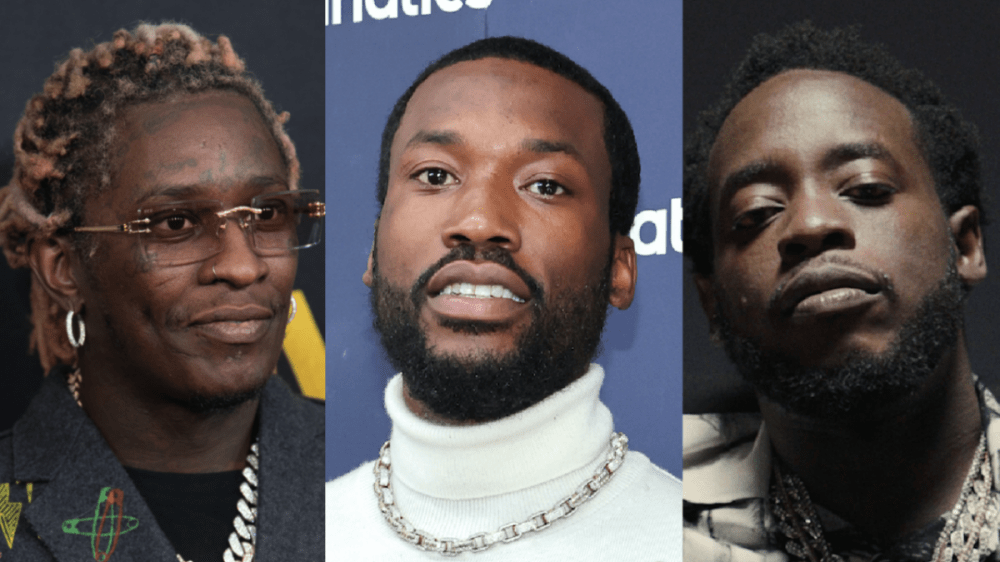 Young Stoner Life rapper T-Shyne is set to drop his new album Confetti Nights via Young Thug’s label on April 1. Ahead of its release, the New York rapper has shared the tracklist for the project with some big-name features.

Made up of 15 tracks, the album includes guest spots from Gunna, Meek Mill, NAV, Swae Lee, JID, 6LACK and Dougie F, along with three appearances from Young Thug. The follow-up to 2018’s The Immaculate also contains his recent singles “Top 5” and “Feed the Fam.”

Additionally, Kevin Durant is on board as an executive producer alongside Young Thug.

Confetti Nights has been in the works for two years. During a recent interview with AllHipHop, T-Shyne explained the meaning behind the album.

“It’s that championship mentality,” he said. “That feeling, that Mamba mentality. The story of Confetti Nights goes from a rookie going through the seasons. At first, he might not get no playing time. Eventually, you start doing your thing and then go on to win championships. The image I originally wanted for the cover was this picture of Kobe, it’s him with his hands up and all the confetti falling down. Rest in peace Kobe.”

He also talked more about Kevin Durant’s executive producer role and how much he respects the NBA star’s musical opinion.

“KD is really a music head for sure,” T-Shyne said. “He really listens to everything, so he got a real music ear. It wasn’t just, ‘Yo, be executive producer.’ He really came to the studio, he really is listening to these songs. Really saying like, ‘Oh, I like this one’ or ‘This is my favorite,’ and then explaining to me why he likes them. It was dope having him in there and having his opinion, then Thug too. Thug is also executive producing it, so it’s a good mix of both.”