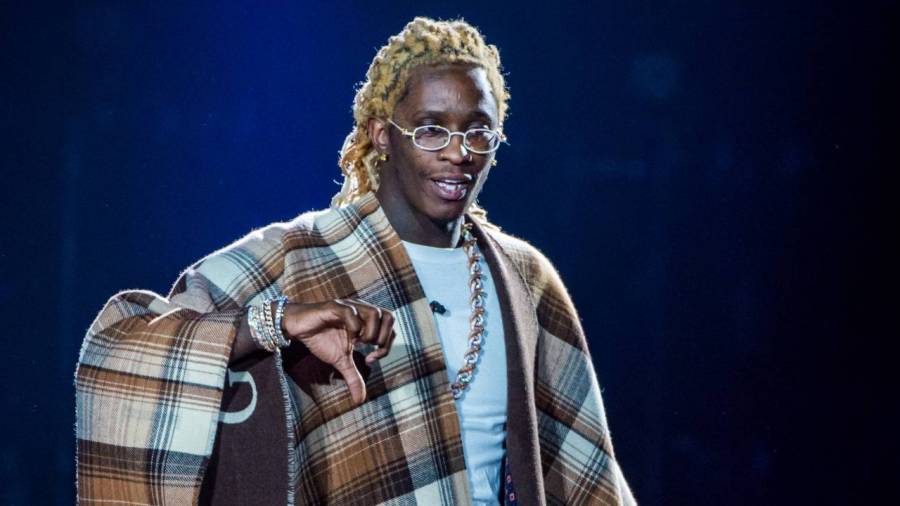 Young Thug has been teasing new music since his last studio effort, So Much Fun, dropped in August 2019. Fans can now rejoice after Thugger announced the release date for his upcoming Young Stoner Life collective album Slime Language 2.

On Monday (April 12), Young Thug took to his Instagram to post a picture of his YSL family sitting in a horror film-inspired living room. Behind the collective, fans can see lightning bolts outside the windows and a strange green dog sitting in front of everyone. The picture serves as the official cover art for the new album, which is slated to arrive on April 16, as Young Thug explained in the post’s caption.

Young Thug and the YSL collective first mentioned Slime Language 2 in October 2020 on their respective Instagram Stories with an alleged Black Friday release date. Instead, the group released three singles since then in “That Go!” featuring Meek Mill, “GFU” and “Take It To Trial.”

Although there’s no tracklist available yet for Slime Language 2, fans can guess who may be on it with some pictures that have surfaced recently. Young Thug and Lil Wayne were spotted meeting up for a studio session earlier this month despite having a rocky relationship in the past.

The clip finds the duo vibing out to a possible new track they just made, but there’s no audio for fans to hear in the snippet, so they’ll have to wait and see if the new song sees the light of day.