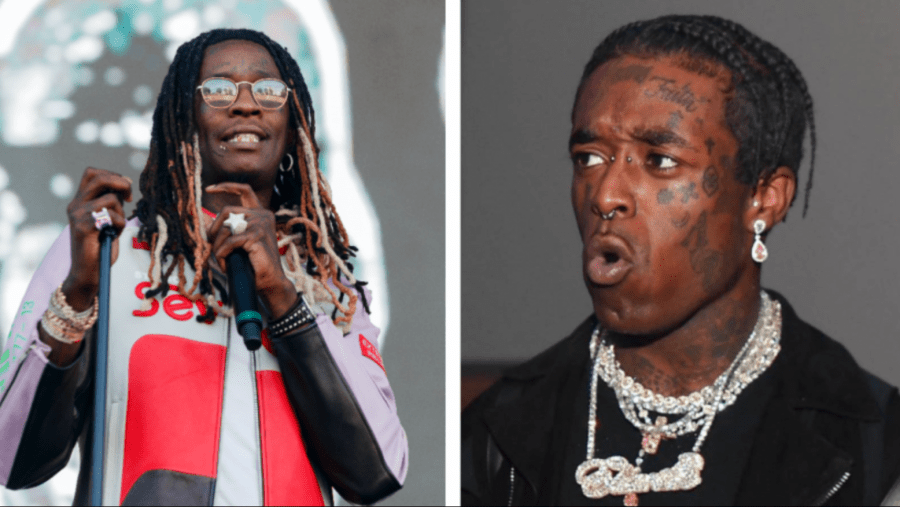 Lil Uzi Vert went viral on February 3 after revealing he’d implanted a $24 million pink diamond into his forehead, which he said was inspired by Lil B — not Sauce Walka.

Following the crazy procedure, Rolling Stone caught up with Simon Babaev of New York-based jewelers Eliantte & Co who provided the stone. Speaking on behalf of the company’s owner Elliot Eliantte, he revealed while they’d never done a forehead implant before, Young Thug previously had an implant on his face five years ago.

“In the forehead? No, that’s a bit extreme,” he said. “But just on the face, we’ve done. In 2016, Young Thug had a diamond implanted on his face. He had a pear shape, like a teardrop, I believe. He had it on his face for a while, but then I think he lost it.”

Despite Lil Uzi claiming he could die after sharing a photo of blood pouring from his face, Babaev said the implant is completely safe.

“It’s as safe as any other piercing,” he revealed. “As long as you maintain it well and have good upkeep, it’s perfectly fine. We made sure that prior to getting anything done that Uzi brought someone in to consult on everything. We didn’t just do this randomly.

He continued, “In the body modification world, they usually do everything in stainless steel or surgical-grade steel. But in our case, we did everything with precious metals. We engineered a specific mounting that clips and locks in place. There’s a whole mechanism involved, it’s not a standard piercing. A specific piece and part were both engineered with millimeter precision to get this put on him.”

Out of all the celebrity requests Eliantte & Co have received over the years, Lil Uzi’s wish tops them all.

“This was definitely pretty extravagant,” he admitted. “This would definitely be top-tier by far. People have gotten crazy custom pieces done, but something that’s done as a body modification, to have something popped onto your forehead? This is definitely the first time.”

As Lil Uzi’s diamond took over the internet, Thugger headed to his Instagram Stories to reveal he was impressed with the new accessory. As someone who’s had a face implant of his own before, it’s no wonder.

“Slime rule the world, believe it,” Thugger said. “Young n-ggas out this muthafucka spending $24 million on they heads. N-gga put $24M on the front of they head. Y’all hoes get in line.”