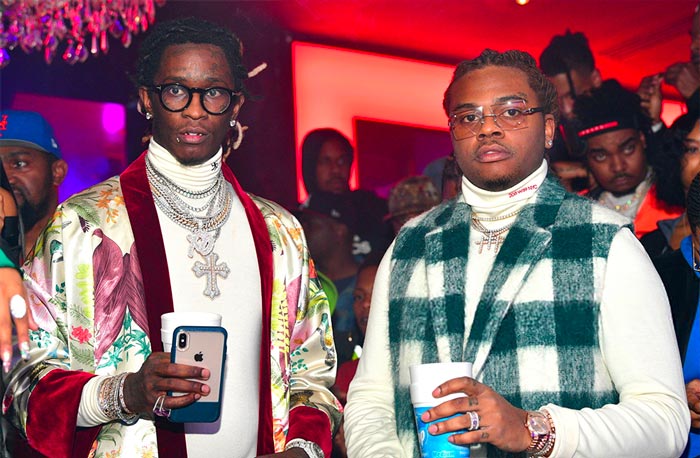 Young Thug, Gunna, and Yak Gotti join forces on “Take It to Trial.”

On the first single off the upcoming Young Stoner Life Records compilation Slime Language 2, the YSL all-stars showcase their wavy flows. “I’m so Chef Boyardee with the dish / I don’t know you, bitch, don’t try to tell me tie my kicks,” raps Thugger, while Gunna stunts on his verse: “YSL, slimy and shady, they ain’t wavy like my clique / High-end alterations, did that European stitch.”

Along with the song, the trio has debuted a video, which finds them decked out in designer drip while surrounded by women at a mansion.

This is just a taste of what’s to come from Slatty and the YSL roster in 2021. Thug has been teasing the long-awaited sequel to 2018’s Slime Language, which featured Gunna, Duke, HiDoraah, Dolly, and Tracy T, along with appearances from Lil Uzi Vert, Lil Baby, Jacquees, and more.

Watch them “Take It to Trial” below.