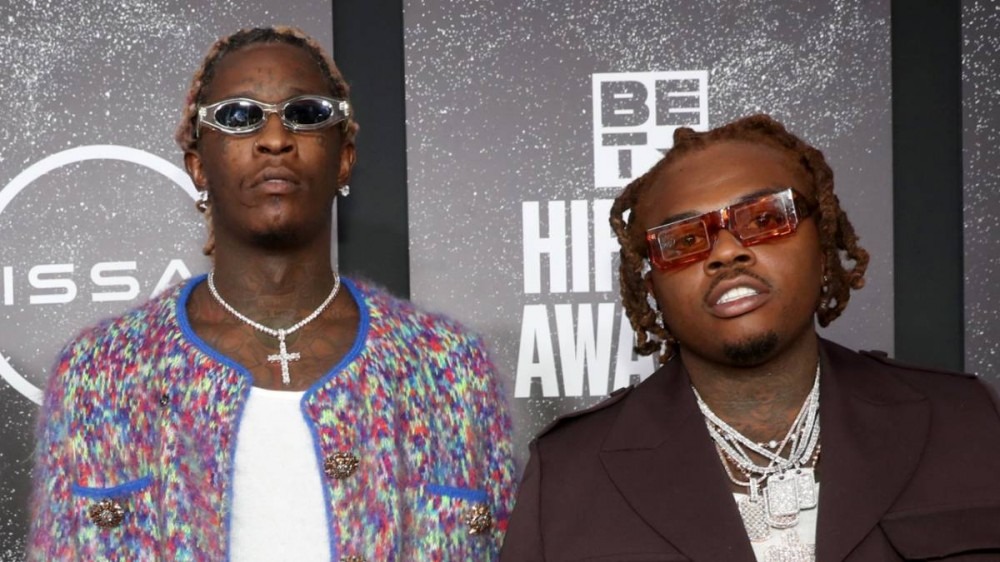 Young Thug and Gunna have shared their first conversation since being arrested in May as part of the YSL RICO indictment.

The interaction happened virtually on Thursday morning (August 18) following a court hearing. The pair were able to exchange words through video chat from their jail holdings.

Thugger checked on Gunna to make sure he was good mentally after spending the last three months behind bars as they await they trial to begin in January.

“You lost a little bit about that now,” Thug said, possibly joking about Gunna losing some weight in jail.

Young Thug & Gunna talk to each other for the first time since their arrest in May 🐍🐐 pic.twitter.com/m8C0cDiMYd

The short-lived conversation came to a close quickly as court officials called out both Gunna and Young Thug for not having their mics muted following the hearing.

The YSL indictment took a turn earlier this week when Fulton County District Attorney Fani Willis revealed a leaked document contained the identity of one YSL associate, who is cooperating with authorities in the case.

Willis claimed that threats have since been made against the witness and their family members. The D.A.’s office is still unsure exactly where the leak came from, which showed a portion of the person’s cooperating statement circulating on social media.

“We’re going to have to do things to make sure that the witnesses are safe. We need people to understand that they can cooperate. They can do the right thing and the state will be here to protect them,” Willis said.

Earlier this week, Gunna celebrated his DS4EVER album going platinum and the project is still the highest selling Hip Hop album of 2022, and according to the rapper’s Instagram post, he hopes to be home very soon to celebrate properly.