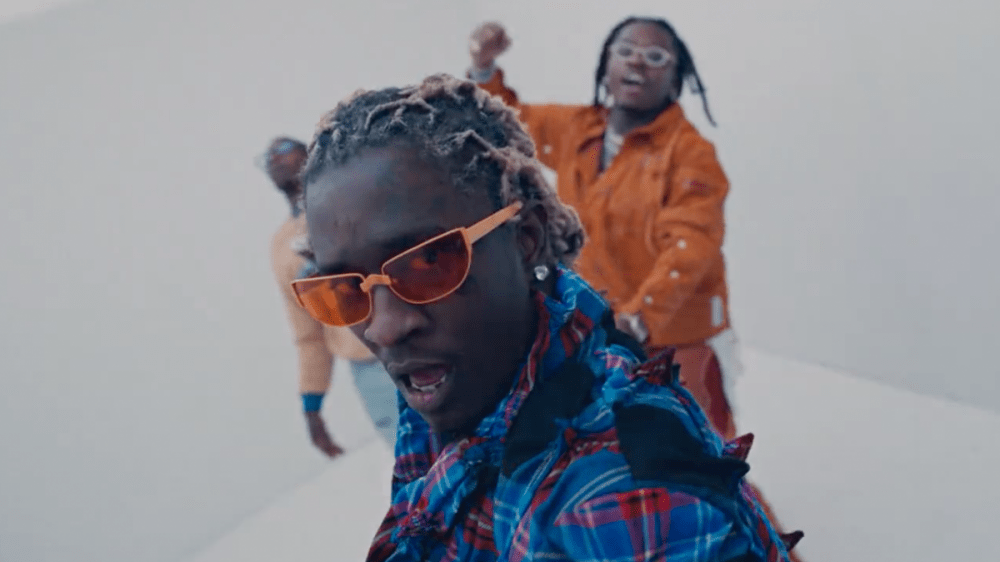 ATLANTA, GA – After dropping off the deluxe edition to their Slime Language 2 compilation on Friday (April 23), Young Thug and Gunna decided to help free about 30 inmates from Fulton County Jail by posting their bond over the weekend. According to WSB-TV2, most had been locked up on low-level charges and were reunited with their families on Sunday (April 25).

“This is where we are from,” said Thugger. “We just woke up and went to the jail with the lawyer and you know DA’s and the prosecutors, you know, the bonding companies and just got as many people as we can out. “It feels so good to the point where you start feeling that’s why God put me here. He put me here to do this.”

The heartwarming scenes were captured on footage with inmates seeing their loved ones again and treated to a homecooked meal after regaining their freedom. The clips will also be used as part of a Slime Language 2 music video releasing on Monday (April 26).

“You never know what somebody been through,” Gunna added, “There was people sitting out three or four years and couldn’t get out on a bond. If they did the crime, then they can do the time, then it’s all right. But it’s like you’re giving them a bond higher than what they stole.”