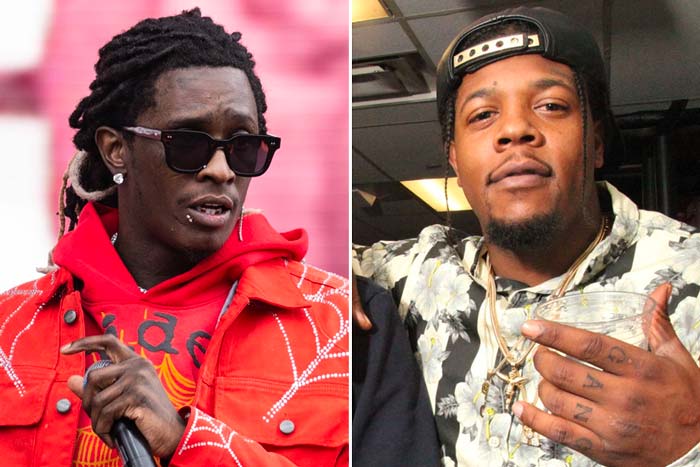 Rowdy Rebel celebrated his homecoming with some new ice.

Just hours after he was released from prison on Tuesday, the New York rapper was gifted a diamond chain from Young Thug.

Thugger followed through on his promise. Back in August, he announced that he wanted to reward Rowdy and Bobby Shmurda for their loyalty to each other and the streets.

“When they get out I fasho got some for em.. real ni**as are still on earth,” Thug wrote on Instagram. “Rewards don’t come with keeping it real but in this case IT DOES. Charlemagne was right for once.”

Young Thug will be rewarding Bobby Shmurda and Rowdy for staying 10 toes down. pic.twitter.com/sFRnLh9CEo

Rowdy also celebrated his return with a second glow-in-the-dark chain of a demon as friends including Chance the Rapper, Quavo, and Busta Rhymes welcomed him home.

The 29-year-old rapper was released from prison this week after serving a seven-year sentence stemming from his 2014 arrest on conspiracy and weapons possession. His GS9 affiliate Bobby Shmurda remains behind bars after being denied parole. He is expected to be released in December 2021.

Meanwhile, Thug is gearing up for new music. On Friday, he is set to drop his new single “Take It to Trial” featuring Gunna and Yak Gotti.