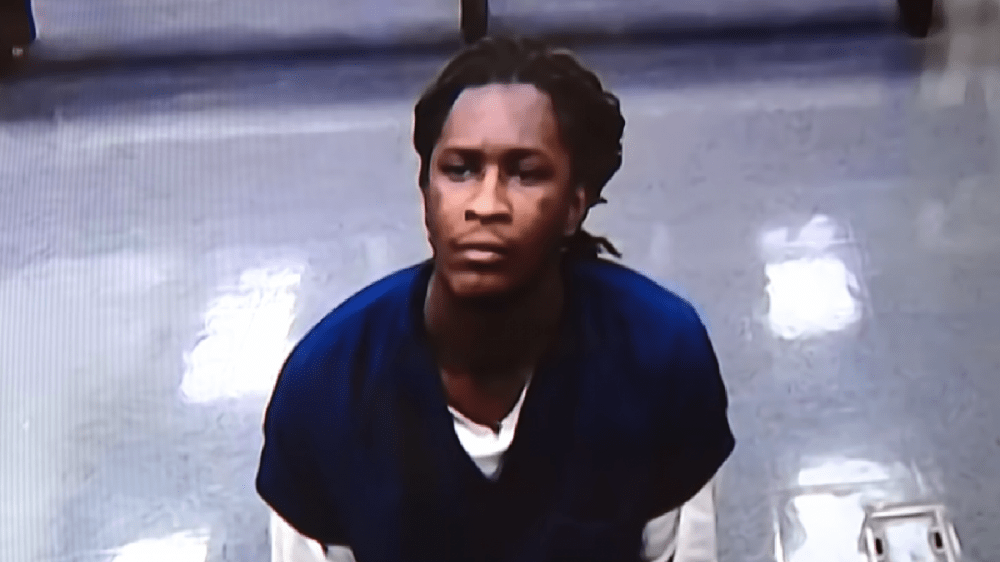 The Atlanta rapper (real name Jeffery Williams) is currently behind bars after being arrested along with 27 others as part of a sweeping, 56-count racketeering indictment accusing YSL of being a “criminal street gang.”

Thug’s legal troubles worsened on Tuesday (August 9) when he was hit with a new gang charge, new drug charges, possession of a firearm during the commission of a felony and possession of a machine gun, according to WSB-TV.

Many of the charges stem from weapons and drugs seized by police at the rapper’s home in Buckhead, Atlanta during his arrest on May 9.

Fulton County District Attorney Fani Willis’ office said the new indictment still focuses on YSL and includes all 28 defendants from the original May indictment. However, these new charges only involve Young Thug and four others, including fellow YSL rappers Yak Gotti and Duke.

Willis believes the new indictment bolsters the prosecution’s case that Thug “performed for years as a leader of a criminal street gang.”

Yak Gotti’s attorney, Jay Abt, told WSB-TV his client is “looking forward to his day in court and is not guilty of all of these charges,” while Duke’s attorney, Ashleigh Merchant, said her client will be pleading not guilty to the new charges and is confident he won’t be convicted of the original charges.

Young Thug’s attorney, Brian Steel, meanwhile, maintained his client’s innocence following his arrest in May. “I’ll tell you the response to any allegation: Mr. Williams committed no crime whatsoever,” he said. “And we will fight to my last drop of blood to clear him.”

Talk of another indictment surfaced in July when D.A. Wallis told reporters, “Over the next 60 days, you’ll see two more.” Rumors suggested Lil Baby’s 4PF collective could be next in the crosshairs, prompting a response from the My Turn rapper. “Only god can judge me,” he tweeted.

Young Thug is likely to remain behind bars until at least early next year after twice being denied bond. A trial for the RICO case has been set for January 9, 2023.