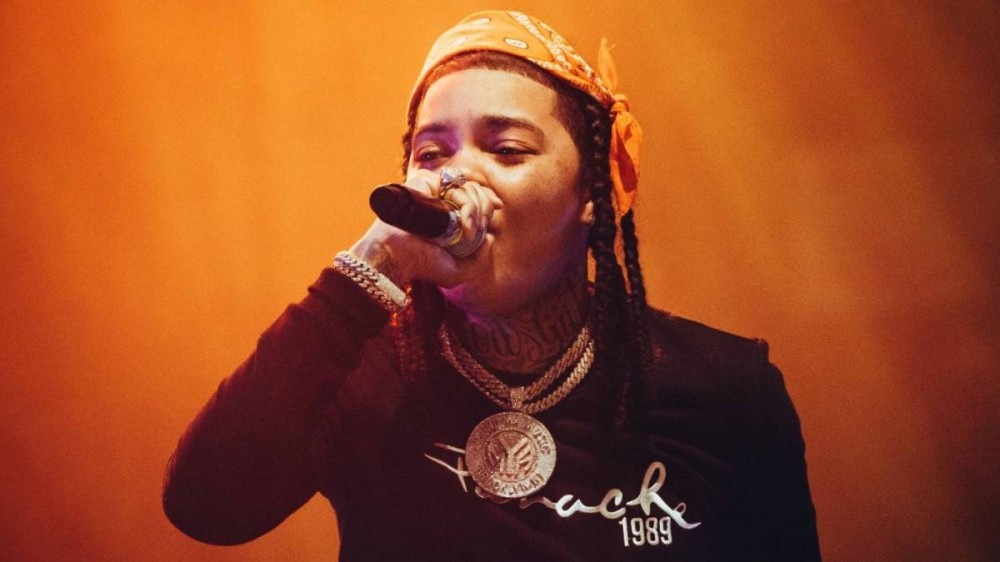 Young M.A is continuing to stake her claim as one of the best rappers out of New York City with a new freestyle for her fans. Released on Wednesday (March 24), the track finds the Brooklyn-born artist taking on one of the city’s hottest tracks of 2021 — CJ’s “Whoopty” instrumental — except she’s calling her version “Ooouuuvie.”

“Just got a check, 100K flex, so I went and bought me a new V,” M.A spits in the second verse. “Went and upgraded the AP, water, jacuzzi/Had to bring the old Young M.A back/And they still can’t fuck with the new me.”

During a May 2020 interview with Complex, M.A revealed she sees JAY-Z as the king of New York and nothing can change that.

“JAY-Z is the king,” she said. “See, people don’t understand that word is a valid word. That’s a strong word. To me, the king of New York is JAY-Z, and will always be, because of his hustle. He always brought that to the fullest. When you hear JAY-Z, you know JAY-Z came from Brooklyn. I’m going to always consider JAY-Z the king of New York City, period. I don’t know who can argue with that. ”

The 28-year-old also sees herself as part of the conversation of NYC firepower but with her own unique title to separate her from the rest.

“I’m a Kween though — Kween with a ‘K,’” she explained. “That’s established. That King thing, that’s what they’re running around with. I’m already set in my K-W-E-E-N. My peoples already tell me I’m the Kween — meaning, I’m the King and Queen of this shit. Nobody can be in that position like me. Nobody. I’m going to always be the Kween with a ‘K’ of New York City. That’s it. Nobody else can use that name and say that. So I don’t care what nobody else is talking about, I’m the King and Queen. Ain’t going to take that away from me.”

M.A released her “Off the Yak” single in February, which has over seven million YouTube views to date. Her last project Red Flu, a seven-track EP, dropped in May 2020 and followed her 2019 debut album Herstory in the Making.

Watch the “Whoopty” freestyle above.