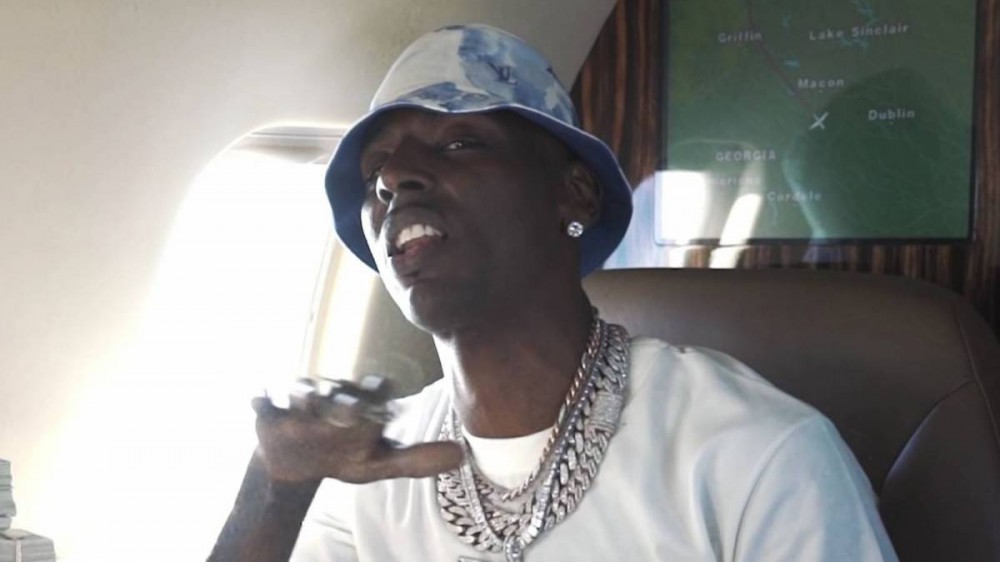 Key Glock and Dolph’s family attended a ceremony at JSU over the weekend that saw the school’s football team unveil a new tunnel dedicated to Dolph that the team will now use to enter the Mississippi Veterans Memorial Stadium on game days.

Mia Jaye, Dolph’s longtime partner, attended the ceremony alongside Glock and Dolph’s two children and recorded her kids pulling back the tunnel’s curtain.

“Baby, your family is so proud of the seeds you sowed while on earth and are honored and proud to be a part of Your legacy,” Jaye wrote on IG. “You deserve all the love you received in and after life…we love you.”

Glock also took a detour into the team’s locker room following a decisive 42-point victory over Grambling State Tigers on Saturday (September 17). The Paper Route Empire signee celebrated the team’s W by gifting their coach Deion Sanders a new piece of jewelry, which Glock said was from Dolph and the PRE family.

Sanders unboxed a glistening gold pinky ring that was inscribed with the label’s PRE initials, and the team went crazy when their coach donned his new drip.

Young Dolph was shot and killed inside Makeda’s Homemade Butter Cookies on November 17, 2021, suffering 22 gunshot wounds after he was attacked in broad daylight in his hometown of Memphis. Two men have since been charged with his murder.

In an interview with Complex back in April, Glock said he was still processing the murder of his blood cousin, and that for now, he’s just trying to maintain.