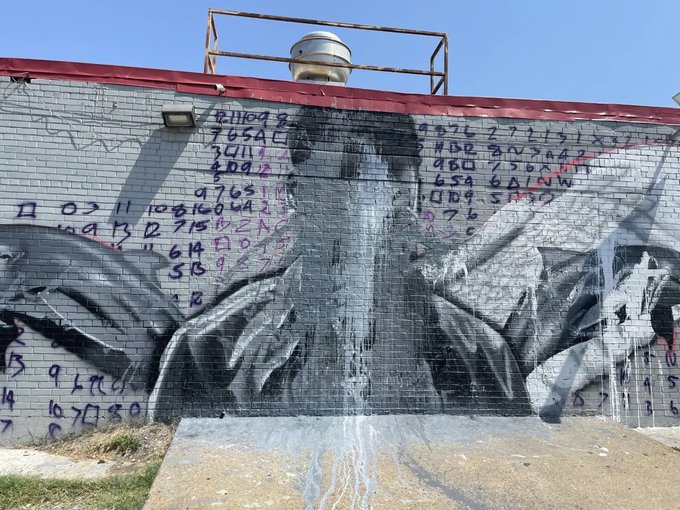 A Young Dolph mural in South Memphis was vandalized with paint. Fox 13 Memphis notes the mural sits at a shopping center off Norris Road and was painted by local artist Cameron Hill.

“Young Dolph meant everything to me,” Hill said. “I’m 26 years old, so I grew up looking and watching Young Dolph.”

Surveillance video shows two people defacing the mural with paint. Hill created the mural at the King of Discounts Mini Mart but stated he received hateful messages so he stopped creating it for a day. Hill also states he believes he knows who defaced the mural.

In April, Justin Johnson, a suspect in the murder of Young Dolph, was sentenced to two years in prison for violation of his supervised release.

According to Action 5-Memphis, Judge Mark Norris expressed he was “bitterly disappointed” in Johnson for wasting the multiple opportunities afforded to him by the court. Johnson was arrested in January on a federal warrant for violating the order of a previous weapons charge. He is currently charged with the murder of Young Dolph.

Johnson admitted to not being consistently employed, missing necessary drug screens and rehabilitation, failing to request authorization before leaving the jurisdiction, and being arrested in court.