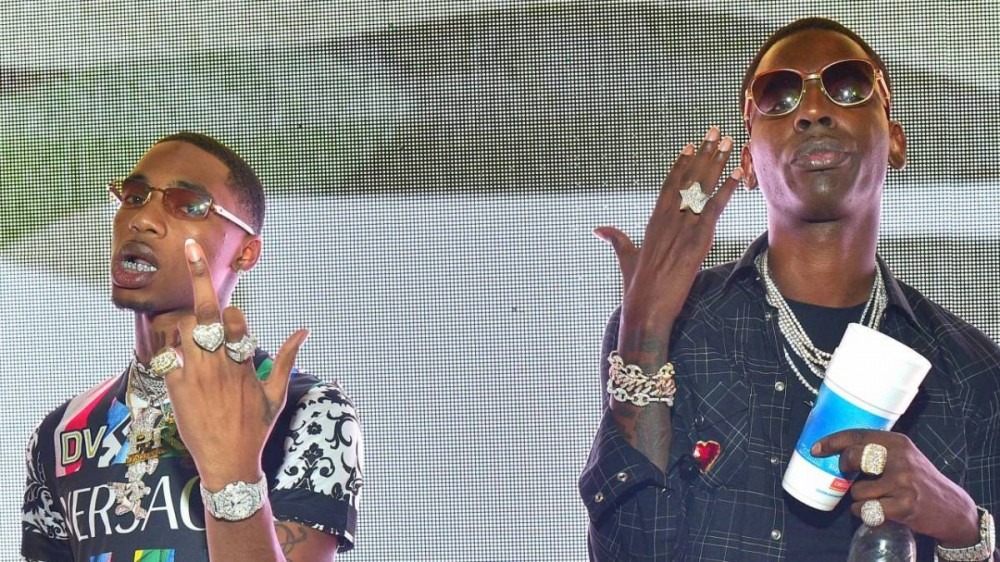 On the heels of delivering the chilly “Aspen” at the top of March, blood cousins Young Dolph and Key Glock returned on Thursday (March 18) to reflect on their rags-to-riches stories with the nasty “Sleep With the Roaches.”

Accompanying the single, the Memphis natives dropped off a visual filled with twerking women at their sides and stopped by Beats 1 on Apple Music to chop it up with Zane Lowe about the track and forthcoming Dum and Dummer 2 sequel.

“Man, it’s like peanut butter and jelly,” Glock said of his chemistry in the studio with Dolph. “It’s like Kool-Aid and sugar. It’s like ham and burger. We go together like Mike and Scottie.”

While Dolph chimed in, “It’s the confidence we have within ourselves. It’s just like, we know how to push ourselves to the max. We ain’t got no limit with nothing we do, even if it’s not music-related. Whatever it is we doing, we gonna do it to our very best.”

Dum and Dummer released in 2019 and peaked at No. 8 on the Billboard 200. The sequel is slated to land at some point in 2021 and Dolph is teasing it to be better than the original with about 20 tracks in total.

“It’s definitely better,” Dolph said. “The first one was a hell of a crock thick though. You know what I mean? But this second one though, it’s a vibe. It’s like an hour-long vibe. I think like an hour or something. 20 tracks or something. And it’s just a whole vibe from beginning to end.”

Watch the “Sleep With the Roaches” video below.