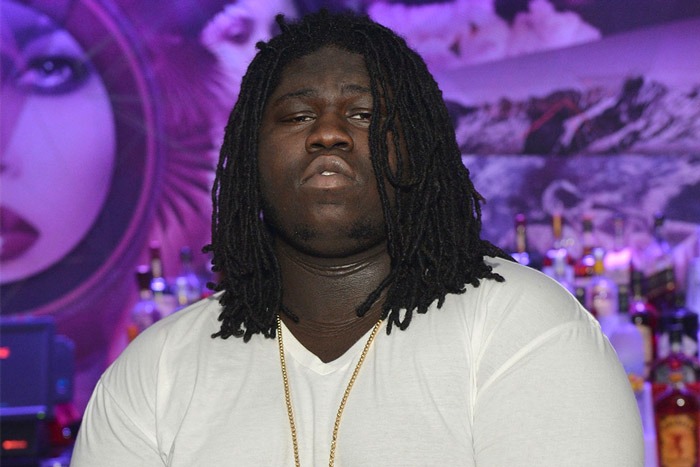 According to documents obtained by XXL, the Chicago producer was arrested for reckless conduct in Georgia’s Gwinnett County on Monday (April 6).

The arrest happened after Chop got in an Uber to track down 21 Savage after their heated exchange on social media. While riding around the Atlanta area, gunmen pulled up on the side of Chop’s Uber and opened fire on him. The producer documented the chaos on Instagram Live, showing the car’s shattered glass. He claimed he was unharmed despite the shootout.

Chop, best known for producing Chief Keef’s “I Don’t Like,” hired an Uber to take him to an apartment complex. Upon arriving at the residence, Chop exited the vehicle, only to return and ask the driver to take him back home. At one point, he got out of the Uber and engaged in a heated verbal altercation with an unidentified man during which Chop reportedly brandished a semiautomatic handgun. Chop returned to the Uber, which was later followed by a black sedan driving at high speed.

Chop retrieved his gun from his pocket before the sedan began shooting at Chop’s Uber. Bullets hit the car’s front panel, the driver’s rear door, the driver’s side rear panel, and shattered the driver side rear door window.

The black sedan fled and Chop asked his driver to pursue the vehicle, but they were unsuccessful. Chop was eventually dropped back home. He asked the driver not to inform the police and offered to pay for the damages to the Uber.

Even after his arrest, Chop continued his reckless behavior online by taking shots at rappers including French Montana, Meek Mill, and Drake. “He a hoe too just like Jr bitch ass,” he said of Drake in a since-deleted post.