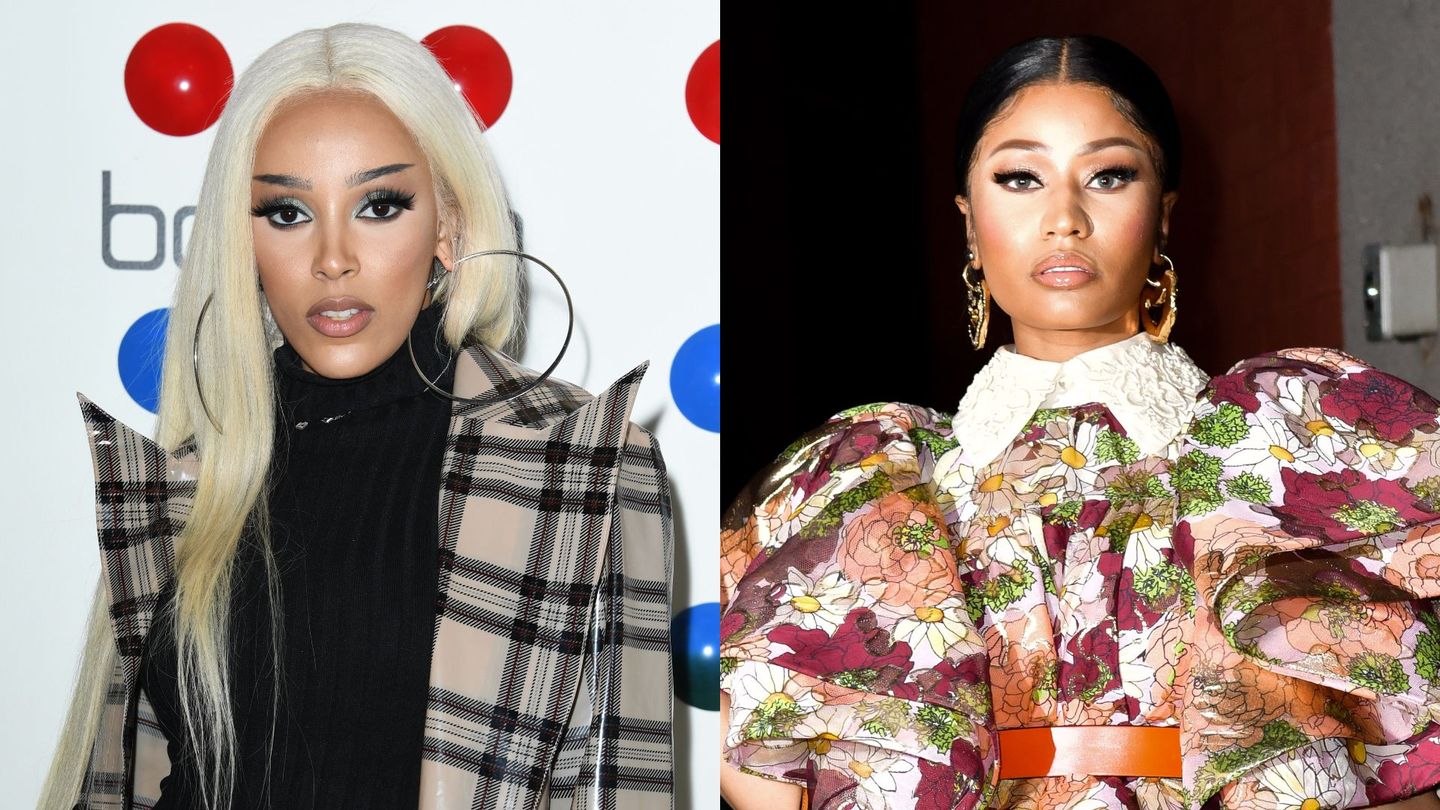 If you can believe it, Nicki Minaj’s No. 1 debut album, Pink Friday, was released nearly 10 full years ago already. In that time, Minaj has appeared on a total of 109 songs (!) that have cracked the Billboard Hot 100 as both lead and featured artist, and while plenty have reached the top five, none have hit the top spot — until today (May 11).

On this week’s Billboard chart, Minaj scored her first No. 1 thanks to a guest appearance on Doja Cat’s disco revival jam “Say So.” Minaj’s contribution to the remix, which dropped on May 1, helped launch the song into the top spot, also allowing Doja Cat her first Hot 100 No. 1 as well.

Notably, “Say So” beat out another gigantic remix from last week: Megan Thee Stallion’s rousing new version of “Savage” featuring Beyoncé. Early forecasts had put the two tracks against each other in the race to the top spot, based on streaming and listening data. As radio host Mike Adam tweeted, this marks another first — the first time the top two spots on the Billboard Hot 100 have been occupied by four Black women. Meg weighed in on social media to celebrate.

Additionally, as Billboard points out in its analysis of the chart news, Minaj’s milestone marks “the longest that a Hot 100-topping artist has had to wait for a first No. 1.” And the accolades continue. “Say So” marks the first team-up between two women to hit No. 1 since 2014’s “Fancy” with Iggy Azalea and Charli XCX. It’s also only one of six songs by solo women artists to ever top the chart.

Meanwhile on the chart, The Weeknd’s “Blinding Lights” sits pretty at No. 3, followed by Drake’s “Toosie Slide” and Roddy Ricch’s “The Box,” which rounds out the top five.

Celebrate the big win by Minaj and Doja Cat by streaming the “Say So” remix above — then get to know a little bit more about Doja’s inspiration for the track in her MTV Push interview below.