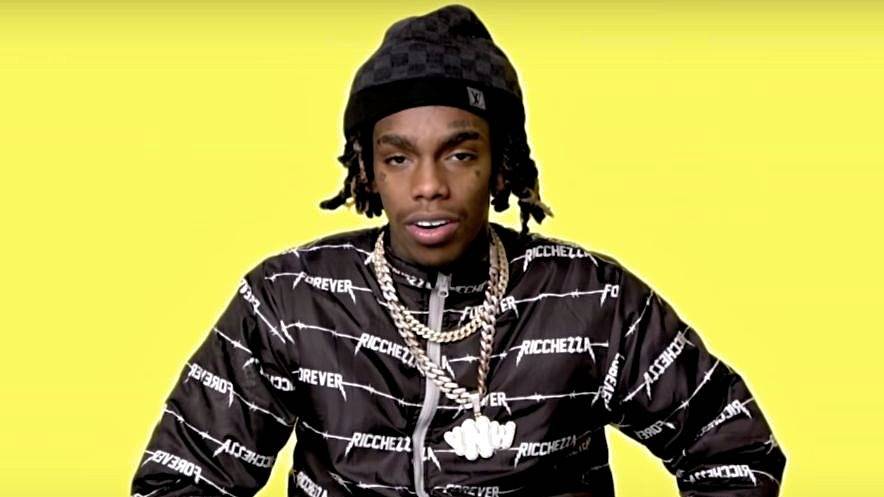 Fort Lauderdale, FL – As if 2020 couldn’t get weirder. While YNW Melly awaits a verdict in his double murder case, his mother and girlfriend decided it was an appropriate time to throw him a party outside of the Fort Lauderdale, Florida jail where he’s been for the past 20 months.

But not just any party — a party wrought with strippers, luxury vehicles, dollar bills and lots of twerking. (But hey, at least the strippers were wearing “Free Melly” masks.) On Wednesday (November 4), Akademiks uploaded a video of the ruckus to his Instagram account, showing off the wild scene.

#ynwmelly mom and girlfriend threw him a stripper party outside the jail he’s being currently held in for a double homicide.

Melly has been behind bars since February 2019 when he was arrested in Miramar, Florida for the October 2018 double murder of fellow artists YNW Sakchaser and YNW Juvy. Another man, 20-year-old Cortlen Henry, was also taken into custody and charged with murder in the case.

“Jamell Demons, a.k.a. YNW Melly & Cortlen Henry have been arrested and charged with two counts of first degree murder,” Miramar police wrote on Twitter at the time. “The victims, Anthony Williams & Christopher Thomas Jr., were killed on 10/26/2018.

“The investigation, supported by forensic evidence, has concluded that Demons shot and killed Williams & Thomas Jr. and that Demons and Henry staged the crime scene to resemble a drive-by shooting.”

(2/2) Demons shot and killed Williams & Thomas Jr. and that Demons and Henry staged the crime scene to resemble a drive-by shooting. pic.twitter.com/EukFxD4OEq

The two victims suffered multiple gunshot wounds and were taken to Memorial Hospital Miramar around 4:35 a.m. local time, roughly 20 miles outside of Fort Lauderdale. Following the murders, Melly and Henry drove around concocting an elaborate story about a drive-by shooting with their bodies allegedly in the trunk of their car.

Henry told police he and his two friends had just finished a late night studio session and as he was getting off the freeway, a vehicle pulled up to his driver’s side and opened fire. Police confirmed there were eight bullet holes on the right side of the car where Williams and Thomas were sitting. Henry wasn’t hit.

The more police investigated Henry’s story, the more forensic evidence they found suggesting Henry’s account was fabricated. Cops said they discovered a shell casing inside Henry’s vehicle and eight more at another location where police think Melly and Henry shot up the car to stage a drive-by.

Nonetheless, Melly insists he’s innocent. In March, Melly pleaded not guilty to two charges of first degree murder and if he’s found guilty, he could face the death penalty.

The TC Palm newspaper reviewed jail disciplinary reports and commissary records to get an idea of Melly’s life behind bars. They discovered Melly had spent months in solitary confinement for misbehavior, including “deliberately overflowing a toilet, threatening a guard, fighting inmates and making three-way calls were among rules jail staff said he broke.”

Despite Melly’s bad behavoir, he believes he will be home before 2020 wraps up.