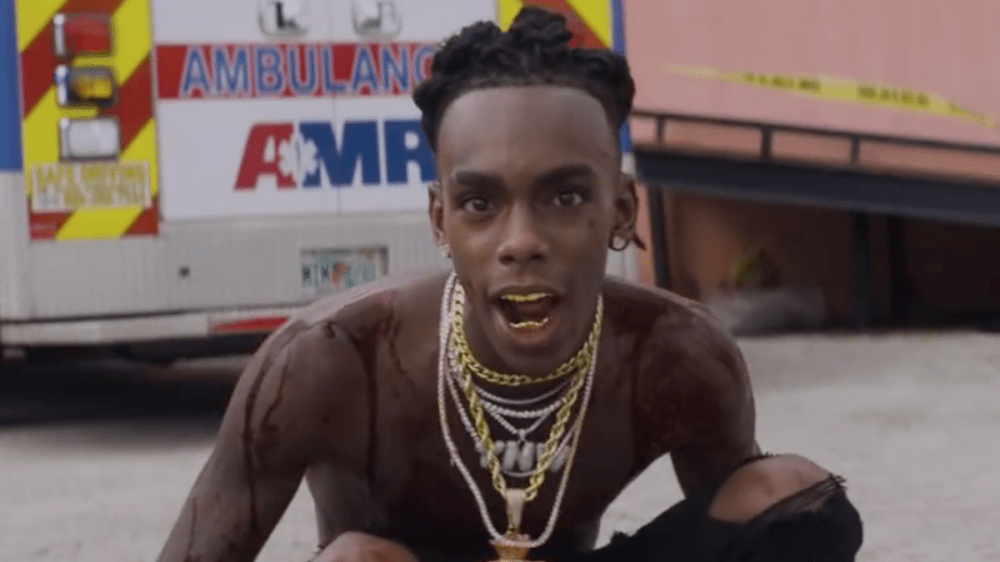 Broward County, FL – Prosecutors working on YNW Melly’s double homicide case believe they have a key piece of evidence that proves the rapper’s guilt. According to Complex, a short video initially presented as part of the lead prosecutor’s argument against the bond release of co-defendant YNW Bortlen included an alleged confession from Melly.

The clip, which was recorded a month after the murders of YNW Juvy and YNW Sakchaser, finds Melly saying, “There’s no regrets for the shit that I did for that n-gga to die. Both of them never say when.” Prosecutor Kristine Bradley characterized the remarks as a confession in 2019.

“And so he says, ‘And there’s no regrets for the shit that I did,’ including the derogatory [word] that I refuse to use for African-Americans,” Bradley said at the time. “And he then takes the pen and puts it to his head in the shape of a gun, like pulling the trigger, throws up a Blood gang sign, and then he says both of them never say when. So the interesting part of this video is it was one month to the day after the shootings occurred on October 26th.”

But one of Melly’s attorney, Raven Liberty, begs to differ. In an exclusive statement for the Infamous: The Story of YNW Melly podcast, Liberty said it was nothing more than an example of “cultural ignorance, a lack of investigative rigor, or purposeful deception.” She also links the quote in question to the 2013 song “4:30 AM” by Kevin Gates, which includes the lyric, “No regrets for the shit I did; that also mean for the n-ggas I killed” and the hook, “4:30 a.m., never say when.”

Liberty argues it was an “avoidable mistake” by the prosecution, explaining “violent imagery of this nature” has been included in the music of Johnny Cash and Queen along with hundreds of others.

Melly stands accused of killing his former YNW crewmates Anthony Williams (YNW Sakchaser) and Christopher Thomas Jr. (YNW Juvy) in 2018. He was arrested for the double homicide in February 2019 but has maintained his innocence.

Shortly after the Floridian’s arrest, he and co-defendant Bortlen reportedly drove around with Williams and Thomas’ dead bodies in the car as they tried to concoct a plausible story to explain their deaths.

They eventually decided to take the two deceased victims to the emergency room in the wee hours of October 26, 2018 and told medical staff they’d been shot in a drive-by. But as police investigated their story, they discovered forensic evidence suggesting it was fabricated.

Officers discovered a shell casing inside their vehicle and eight more at another location where police think Melly and Bortlen shot up the car to stage a drive-by. If convicted of Williams and Thomas’ murders, Melly faces the death penalty.

Listen to the latest episode of Infamous: The Story of YNW Melly below.