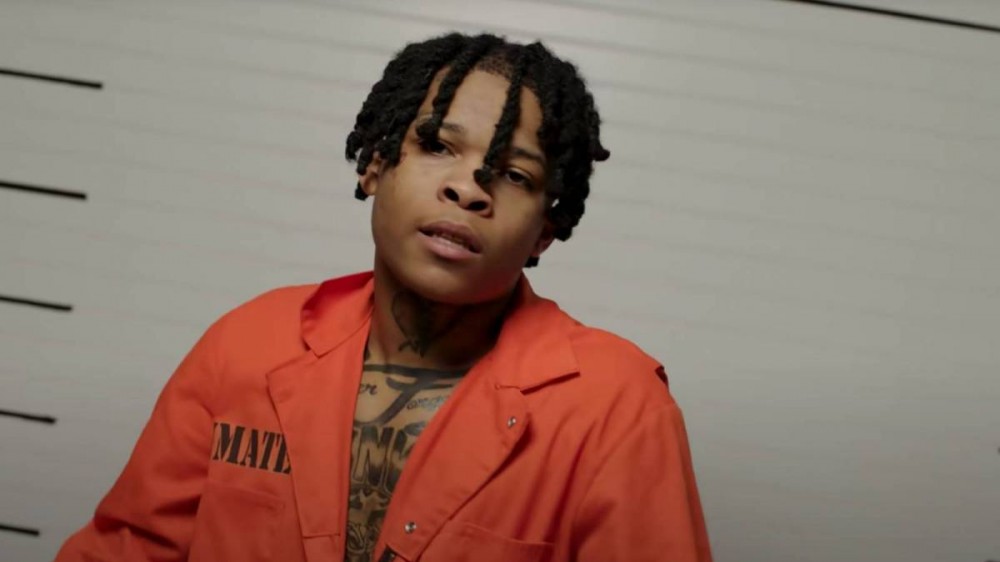 Broward County, FL – As YNW Melly remains behind bars on two counts of first-degree murder, his co-defendant YNW Bortlen is apparently hitting up strip clubs and violating the terms of his bond conditions. According to Complex, Bortlen (real name Cortlen Henry) was given permission to leave his home for work on March 27 but was later tracked to a private residence and a local strip club called King Of Diamonds.

The following day, he was again tracked to two more strip clubs, this time Playhouse Gentlemen’s Club and G5ive Gentlemen’s Club. Consequently, a warrant has been issued for his arrest after a pre-trial specialist determined he has “not properly conducted himself” and violated the conditions of his release.

YNW Bortlen was granted $75,000 bond last May and dropped a visual for “Been Thru” three months later, which detailed his experience behind bars.

YNW Melly and YNW Bortlen were initially arrested in February 2019 for the 2018 Florida murders of fellow crewmates YNW Sakchaser and YNW Juvy. Melly pleaded not guilty to two charges of first-degree murder the following month but is reportedly facing the death penalty. The State of Florida — one of 30 states that still allow capital punishment — is confident it can “prove beyond a reasonable doubt” Melly murdered both men for financial gain.

According to the legal docs, the State called it an especially heinous crime and claimed Melly committed homicide in a “cold, calculated and premeditated manner.”

Despite the fact YNW Melly is still locked up, he’s confident he will beat the charges. In May 2019, his family shared a jail phone call to his Instagram account in which he says he’s “coming home.” He also made multiple references to God and cited the religious figure as the reason he’ll ultimately get out of his legal predicament.

But he’ll still have to answer to his alleged victims’ families who filed separate lawsuits last November. Attorney John M. Phillips, who’s representing Juvy’s family, said he needed to file a civil suit before the two-year statute of limitations ran out on the case.

“In a wrongful death such as this, no amount of money will make the family whole, make the family happy,” he told Complex at the time. “But that’s the way the civil justice system works.”