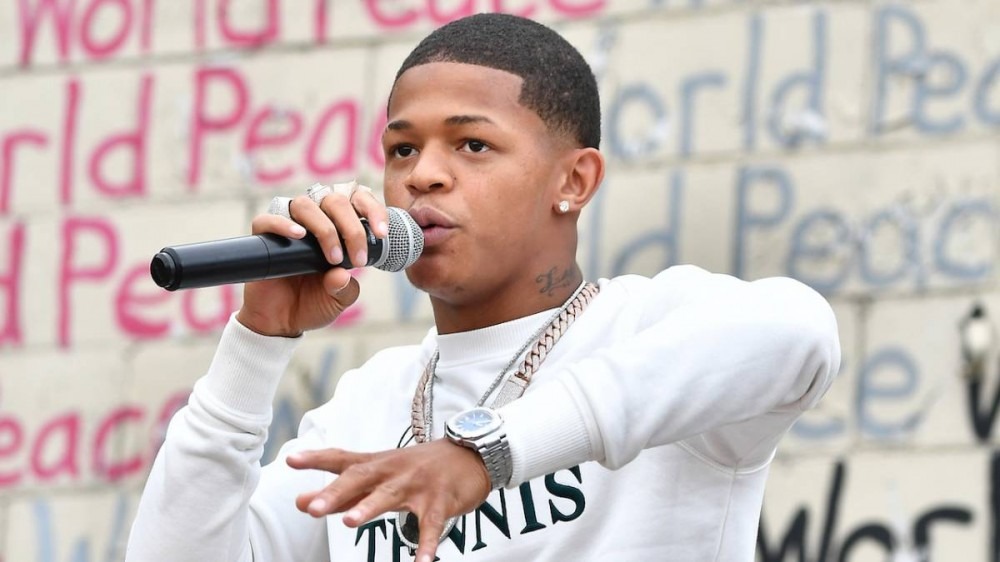 YK Osiris wants to do a good deed to help the family of a teen who lost his life in Florida last week. In his Instagram Stories on Saturday (March 26), YK re-shared the story of 14-year-old Tyre Sampson, who passed away after falling from Free Fall — the “world’s tallest free-standing drop tower” — at ICON Park in Orlando on Thursday (March 24).

A video of the teen’s final moments was uploaded to social media and witnesses can see his body hitting the pavement below. One person who called 911 said Sampson was face down with both arms and legs broken. Another person said he had no pulse. He was transported to a local area hospital where he died from his injuries.

According to his father, Sampson told friends he felt something was off with the ride and said if he didn’t make to “tell my Mom and Daddy I love them.’”

YK wrote, “If anybody knows his family tell them to DM me because I want to pay for his funeral cost.”

Noted civil rights attorney Ben Crump is among two lawyers representing the family. Sampson was visiting Florida with his football team from St. Louis where the 8th grader was remembered as a star player and an A student.

“This family is shocked and heartbroken at the loss of their son,” Crump said in a statement. “A fun theme park visit with his football team should not have ended in tragedy.”

YK’s generosity echoes similar acts of service by other Hip Hop stars in the face of tragedy. In January, Cardi B covered the funeral cost of 17 individuals who lost their lives in an apartment fire in her Bronx neighborhood.

“I cannot begin to imagine the pain and anguish that the families of the victims are experiencing, but I hope that not having to worry about the costs associated with burying their loved ones will help as they move forward and heal,” she said in a statement. “I send my prayers and condolences to everyone affected by this horrific tragedy.”