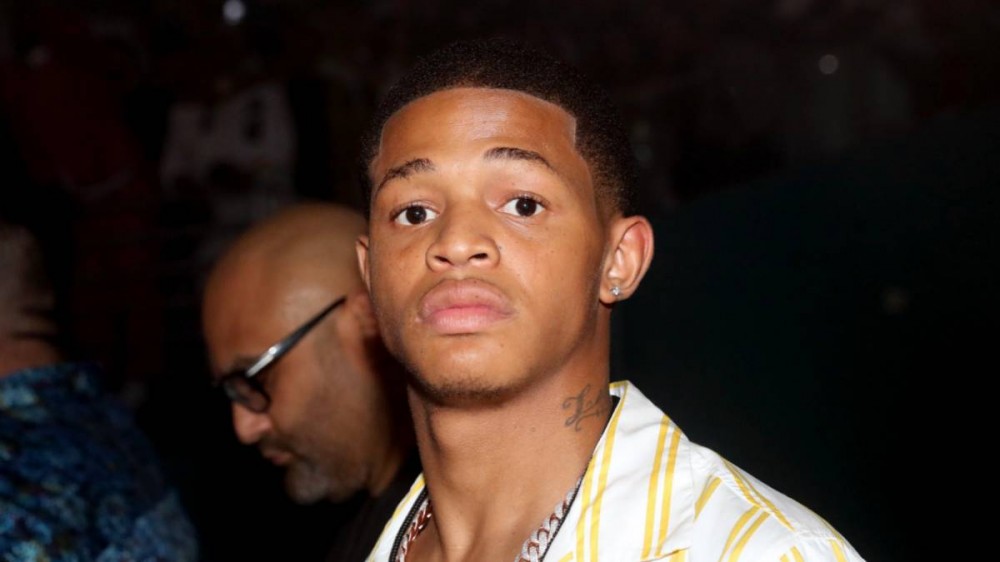 YK Osiris‘ Christmas celebrations were cut short this past weekend after the 23-year-old rapper/singer was the victim of a robbery.

On Sunday night (December 26), the Jacksonville, Florida native revealed thousands of dollars’ worth of clothes had been stolen from him after thieves broke into his car.

Osiris documented the aftermath of the crime via his Instagram Stories, posting a video of his black SUV showing several of its windows smashed, as well as a photo of the breached vehicle with the caption, “Damn.”

Despite having valuable garments stolen and his car left needing repairs, YK Osiris doesn’t seem too bothered by the whole ordeal. In a separate Instagram Story, he shrugged it off by writing, “I’m not even mad but damn lol. ‘MERRY CHRISTMAS BIG BRO.’”

The Def Jam signee hasn’t had particularly great luck over the holiday season. Last week, he lost one of his earrings that was part of a set he paid $325,000 for — and offered a $60,000 reward for its recovery.

“I really lost one of my earrings I’m sick,” he wrote in a series of Instagram Stories. “Please if anybody find my other earring can you return them please. I’m never getting another pair again I can’t believe this shit.”

The Golden Child star also appears to have run up debts with a number of his rap peers, including $5,000 owed to Lil Baby, $1,200 owed to Boosie Badazz and a staggering $60,000 owed to Drake.

Fortunately for Osiris’ already-depleted pockets, the 6 God gave him the chance to settle his sizeable debt by performing his 2019 hit “Worth It” during a recent visit to his Toronto mansion. Needless to say, YK bit Drake’s hand off.