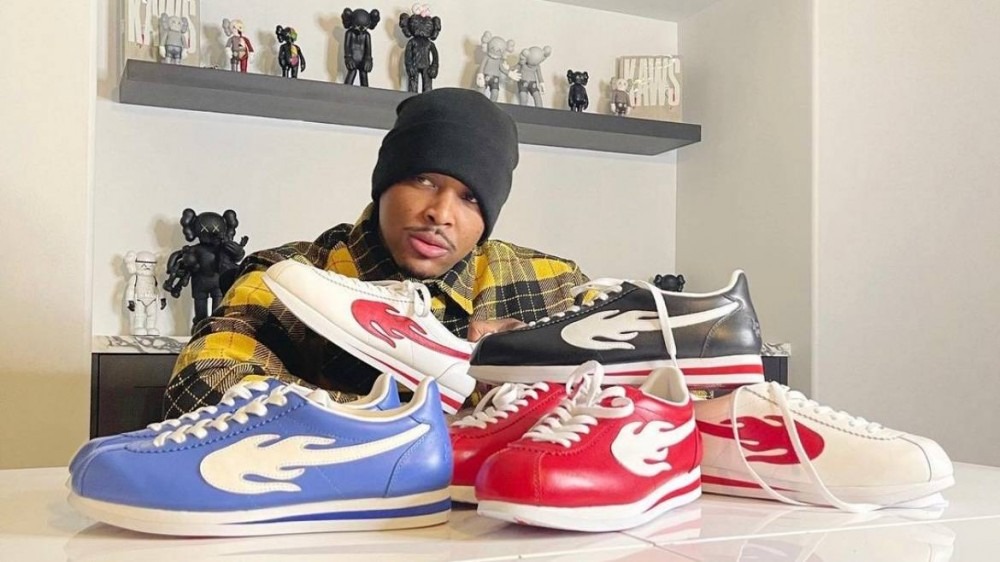 It looks like YG is finding early success with his first foray into the fashion world. On Friday (March 26), the Compton star’s “Block Runner” — YG’s very first sneaker — hit the online market via the 4HUNNID website — and fans couldn’t wait for the drop.

As soon as the link went live, the limited edition sneakers sold out in less than eight minutes. The red and white-colored pair of sneakers is the first release in a series of drops within the year for YG’s 4HUNNID apparel brand. The low-cut sneakers sit on a custom sole and feature white tumbled leather with a contrasting red flame logo that stretches across its quarter panel.

YG revealed in a statement his upbringing inspired the sneaker he’s been working on for three years alongside designer Chris Burnett.

“The ‘Block Runner’ name is inspired by what 4HUNNID represents: the Westcoast,” YG said. “It’s only right our first sneaker caters to the streets and glorifies The Block because [the block] is where everything starts for me.

“The name The Flame came from spending too much time trying to think of a krazy kool name but it was there the whole time, the logo; less is more.”

For fans who were unlucky in copping a pair, sneakerheads should be uploading the coveted sneaker on reseller sites like StockX and GOAT soon. Those who don’t want to cough up the extra coin can head to Los Angeles when YG hosts an exclusive pop-up shop for his hometown in early April. There will be more details on the event to follow.

Earlier this month, the My Krazy Life rapper’s clothing line 4Hunnid launched the 4Hunnid x Snoop Dogg collection as an ode to ’90s era fashion where khakis and flannels were the go-to fit in Los Angeles.

In a teaser video shared on Instagram, both YG and Snoop are draped in color-appropriated suits as the models near them wear pieces from the collection such as flannel shirts with 4HUNNID emblazoned on the back.