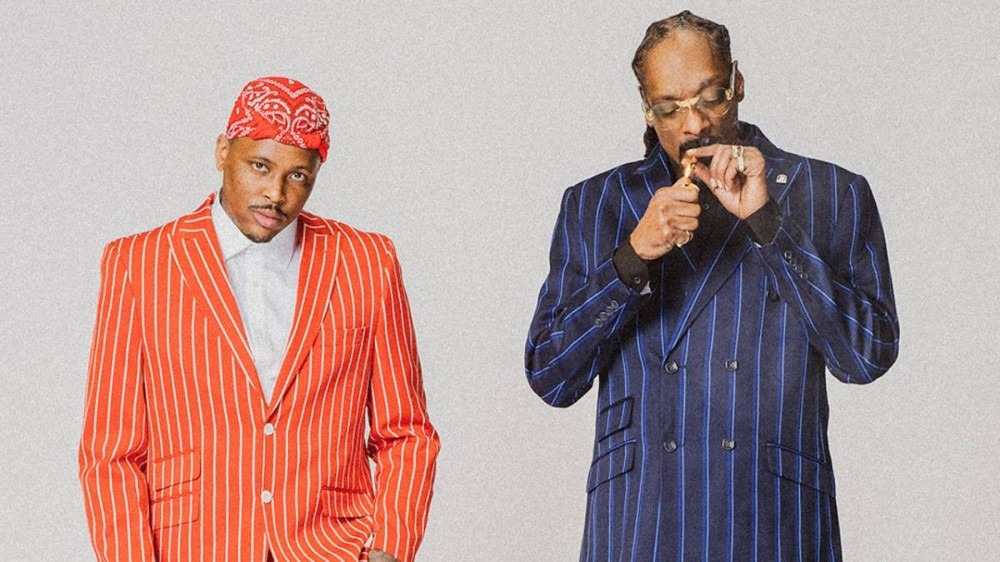 YG and Snoop Dogg have both defined various eras of Los Angeles style and now the Long Beach OG and the Compton rapper are joining forces.

On Friday (March 12), the My Krazy Life rapper’s clothing line 4Hunnid launched the 4Hunnid x Snoop Dogg collection as an ode to ’90s era fashion where khakis and flannels were the norm in Los Angeles.

In a teaser video shared on Instagram Friday, both YG and Snoop are clad in color-appropriated suits as the models near them wear pieces from the collection such as flannel shirts with 4HUNNID emblazoned on the back.

The move is the latest venture for YG’s 4Hunnid imprint. In February, he and the label’s flagship artists Day Sulan and D3 released 4Hunnid Presents: Gang Affiliated. While promoting 4Hunnid with the No Jumper podcast, YG also reflected on bad label deals and how it make him think smarter as a businessman.

“When my shit started moving, like, my record deal was fucked up for 10 years straight,” he told Adam22. “I just got out of that shit some months ago. My shit was all bad. I never owned none of my music I put out from, fuckin’, my last album back. I ain’t own nothing, so I just got out of that. But like, the fact that I was in some fucked up deal, you know what I’m saying, that made me start thinking about other shit.”