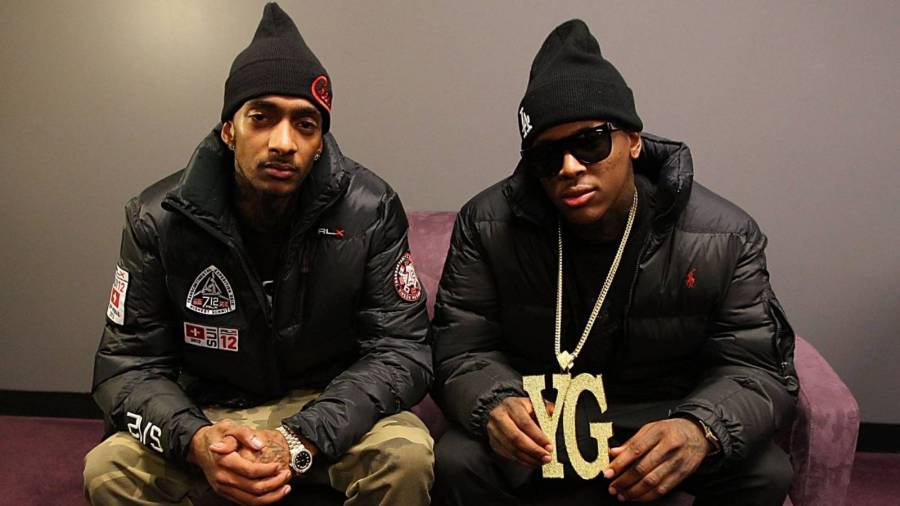 YG and the late, great Nipsey Hussle created a masterpiece in 2016 with the collaborative single “FDT (Fuck Donald Trump).” The raucous protest anthem arrived in March of that year, eight months before Trump would defeat Hilary Clinton in the 2016 presidential election.

Four years later, the song is getting new life following the laborious 2020 presidential race. On Election Day (November 3), “FDT” tripled in sales as the country came out in record numbers to cast their ballots. According to Billboard, the DJ Swish-produced track experienced a 221 percent jump in sales compared to November 2, while streams jumped 338 percent.

Now, “FDT” has been propelled to the top of the iTunes chart. On Saturday (November 7), as the news broke Democratic nominee Joe Biden was the projected winner of the 2020 presidential election, Chart Data reported the song’s latest milestone.

Of course, “FDT” wasn’t without controversy. Speaking to Complex in September 2016, YG said he was prepared to face any repercussions for the song’s aggressive message.

“We feel a similar way everybody else feels,” he said at the time. “We just took it on the chest. Like, ‘Look, This is what we about to do. We gonna speak on it.’ Fuck whatever consequences and all of that. We gonna deal with it.”

While shooting the “FDT” video in Los Angeles, YG shared the location of the shoot only to have police show up in riot gear and shut it down.

“That’s the type of shit that we was gonna have to deal with,” YG said. “We knew that and we dealt with it. This is what this shit is built off of, talking about the culture and what’s going on and putting it out there to make a difference.”

As the globe continues to celebrate Biden’s victory, revisit the “FDT (Fuck Donald Trump)” video below.