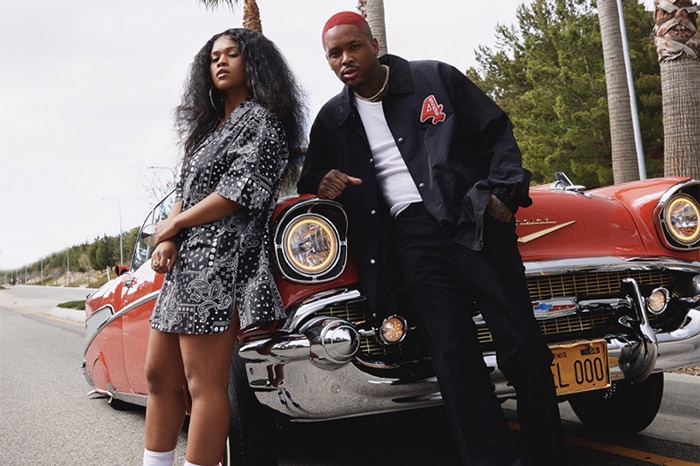 YG is making it official.

The Compton rapper has announced femme fatale Day Sulan as the first signing to his newly-launched 4Hunnid joint venture with Epic Records. The former stripper and L.A. native, who is black and Vietnamese, was discovered by YG while she was dancing at L.A.’s Crazy Girls. She was featured on “Her Story” off YG’s 2019 album 4REAL 4REAL.

Now Day is showing off her undeniable star power with her debut single for “Mascara.” “I feel like women needed that ‘Knuck If You Buck’ type song ’cause we didn’t have one of those, so I made that off of bitches not liking us for no reason,” she told Rap-Up.

The video showcases her ferocious rhymes as she tears up the streets on a four-wheeler and raps on Compton lawns. “You don’t like me, bitch, I don’t like you,” declares Day. “I’ma fuck your face up, bitch / I’ma pull out your lace front, bitch.”

Day, who counts Tupac, Eve, and Eminem among her favorite MCs, is now readying her debut project, which she describes as “gangsta, y, and cool.” “That’s my whole vibe. It’s everything I represent,” she said.

Watch her put on for the West Coast below.