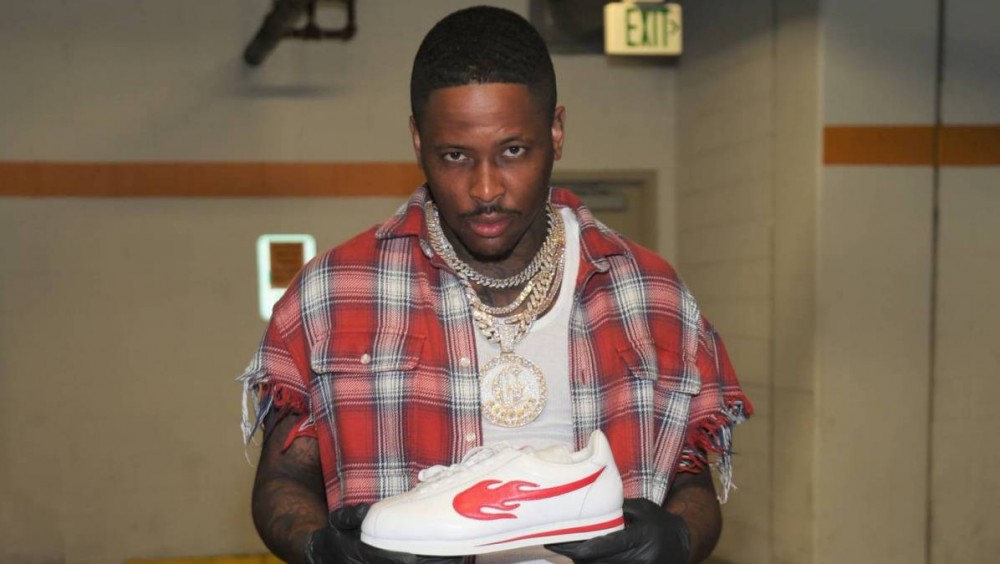 Los Angeles, CA – California hit king YG has turned into quite the acute businessman over the past few years.

However, neither clout nor capitalism has shrouded his connection to the people scraping to get by.

On Friday (May 21), the “FDT” rapper linked with TMZ to document his latest charitable act where he spoke to a group of ex-inmates staying at the Los Angeles’ Amity Foundation House.

And not just any inmates. The newly minted parolees had been given a second chance within the free world after being sentenced to life in prison.

“Welcome home,” YG said, greeting the men as his day ones Pusharod and The Classic 45 passed out the gifts. “I pulled up to pass some shoes. I grew up out here in the streets.

Mozzy, who just went half with YG on their Kommunity Service album, was also in attendance to support the movement.

Going the distance with his words, YG doubled down on his belief in the parolees’ redemption, telling a TMZ cameraman if they “stay consistent” with their focused goals, the sky is pretty much the limit.

The shoes YG doled out were the latest colorway “Block Runner” sneaker series, the second edition. Its predecessor not only sold out in minutes on his website but also benefitted Americans living in Skid Row Los Angeles all the same.

He previously told WMD how his act of gratitude shouldn’t be misconstrued for a marketing gimmick.

“This is the official West Coast sneaker for the new generation,” YG said in March. “My mission is to build a brand that’ll be around for 20-plus years and not one that’s hot for five years and then goes away. Then my whole family runs the company. I’m trying to build a long-term thing.”

From investing in his “kommunity’s” higher education or amplifying voices with smaller platforms, YG seems to always have a deeper vision for his projects once the cameras go away.

Check out his interaction with the Los Angeles’ Amity Foundation House above.