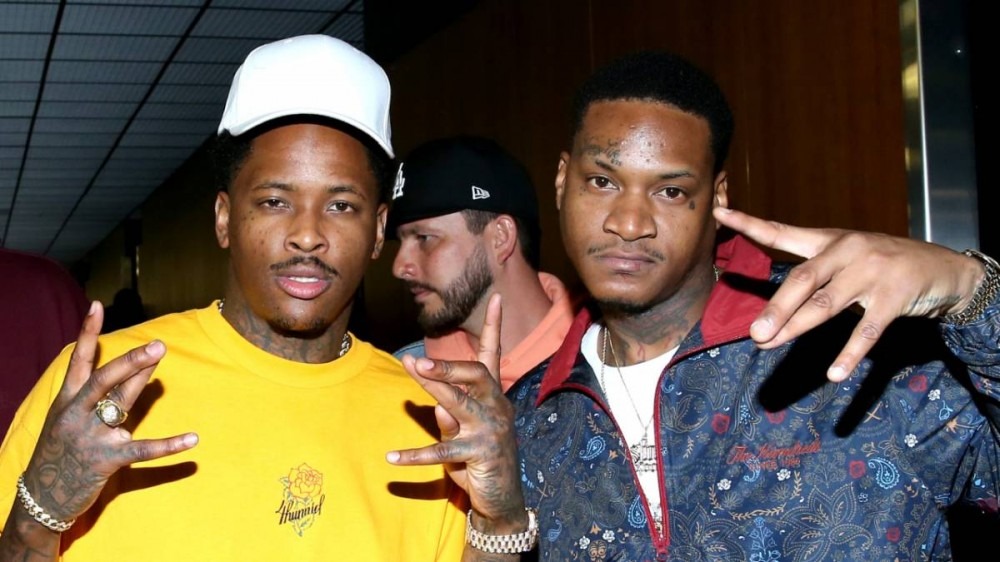 Los Angeles, CA – Tattoos are synonymous with Hip Hop culture and rappers always love to get fresh ink. YG, who already has a boatload of tattoos, recently got a new piece done in memory of his fallen friend Slim 400.

The Compton rapper got the tattoo done over the weekend and took to his Instagram Story to give fans a close-up look at the new art. The tattoo is on YG’s calf muscle and shows a picture of Slim 400 wearing a red bandana.

Slim 400 was shot and killed in Inglewood, California in December 2021. The late rapper was best known for his long-running affiliation with YG, and appeared on tracks such as “Twist My Fingaz,” “When I Was Gone” and “Word Is Bond.” He also released several solo projects including 2016’s All Blassik, 2019’s High Off TTreez and this year’s BompTTon.

The Compton native survived a previous attempt on his life in 2018 when he was shot eight times in a drive-by shooting. Slim was rushed to St. Francis Medical Center in Los Angeles and underwent multiple surgeries before making a successful recovery.

YG was one of the pallbearers at Slim 400’s funeral in January. He was among those tasked with carrying his silver casket, which was littered with red bandanas and white and red Chuck Taylors, to his final resting place.